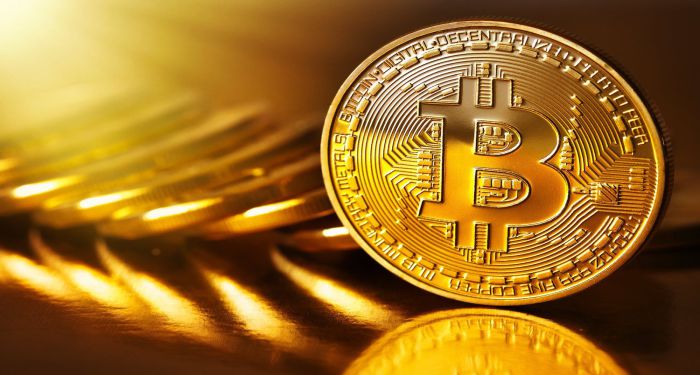 Bitcoin is not alone in the downturn. The other cryptocurrencies have fallen significantly as well. Currently, Bitcoin is trading around the $ 8200 mark. However, it has recovered from the lows which it just made a few hours ago.

Recovery on the cards?

Google further stated that most of the cryptocurrency businesses are similar to gambling. This is the reason why in order to maintain the reputation of their platform, they will not be allowing such advertisements.

Google believes that since the majority of the businesses are opaque in nature and do not comply with any kind of regulation guidelines, they can be considered as scams. This is the reason why Google wants to ban such advertisements.

It remains to be seen whether this news flow by Google will actually be positive in the longer period of time or whether it will be a trigger for something much more bigger in terms of the falling prices of cryptocurrencies. Many of the investors are just waiting with bated breath to find out if there is any recovery on the cards.

Bitcoin’s slump over the last couple days seems to have taken a breather, with a slight recovery on Thursday morning.

The fall started Wednesday after a double-whammy of bad news from Google (which banned cryptocurrency-related ads on its network) and the International Monetary Fund (which urged an international crackdown on the use of cryptocurrencies for money-laundering.)

Bitcoin hits below $8K
First Bitcoin fell below $9,000, then it kept on going, passing $8,000 early Thursday morning. It hit a low of around $7,676—its worst level in five weeks—then bounced back up again. At the time of writing, around 8 a.m. Eastern Time, one Bitcoin was worth around $8,300.

The volatility probably wasn’t all down to Google and the IMF. Wednesday also saw a hearing at the House Capital Markets, Securities and Investments Subcommittee, at which some members of Congress expressed strong antipathy towards cryptocurrencies.

The committee’s chairman, Michigan’s Bill Huizenga, reportedly said that “this Congress is not going to sit by idly with a lack of protection for investors.”

Californian Representative Brad Sherman, meanwhile, called cryptocurrencies “a crock,” adding that “they allow a few dozen men in my district to sit in their pajamas all day and tell their wives they’re going to be millionaires.”

Bitcoin failed to break out of the descending channel and the moving averages, hence, our suggested buy levels were not triggered.

The failure of the bulls to first break out of $12,172 and then hold the $9,500 levels is a negative sign. This shows that the bulls are losing strength.

Currently, the bears have the upper hand. The trend will change only after the bulls break out of the moving averages and the channel.

“Bitcoin currently trades essentially at the break-even cost of mining a bitcoin, currently at $8,038 based on a mining model developed by our data science team,” Fundstrat’s Thomas Lee said in a report Thursday.
“In some cases the miners may simply turn off the machines until the price comes back a bit,” said Shone Anstey, co-founder and president of Blockchain Intelligence Group. Right now, “it’s got to be getting to the point that some of them may be losing money.”
Miners’ earnings have roughly halved this month from December due to a surge of interest in bitcoin mining, as measured by hashrate, according to Charlie Hayter, CEO of industry data site CryptoCompare.
Bitcoin has dropped to a point where it’s not that profitable to produce, according to some estimates.

“Bitcoin currently trades essentially at the break-even cost of mining a bitcoin, currently at $8,038 based on a mining model developed by our data science team,” Fundstrat’s Thomas Lee said in a report Thursday.

Fundstrat’s model incorporates three factors: the cost of equipment, electricity and other overhead such as maintaining cooling facilities.

Bitcoin is created through an energy-intensive “mining” process that uses high computing power to solve a complex mathematical equation, proving an anonymous miner used the process the network agreed upon to build the blockchain record of transactions. Miners then get bitcoin in reward for successfully completing the equation.