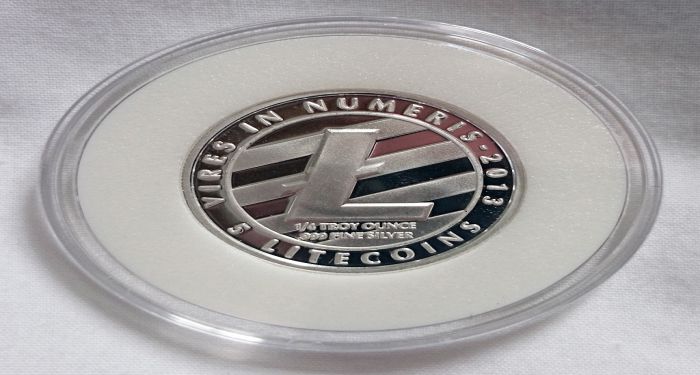 Litecoin has already recovered from the bottom which it made 24 hours ago. The bottom which it created 24 hours ago was around $ 150. Currently, it is trading around $ 167. It seems like Litecoin is one of the 1st to cryptocurrencies to recover after the recent downfall. However, many of the investors are still not sure whether it can outperform the other cryptocurrencies or not.

Recovery in Litecoin is not just due to the momentum. There are also rumors that Cryptosecure will be able to bring out an ICO in the cryptocurrency markets. With the help capital raised by this ICO, the company hopes to make the cryptocurrencies less volatile. This will actually be beneficial for Litecoin. Litecoin has been one of the most volatile cryptocurrencies. After hitting a high of around $ 390, it has fallen all the way to $ 150 currently. This is the reason why many of the investors are fearful of investing in Litecoin.

However, investors should not forget that it has risen from around $ 4 at the start of 2017. Thus, it is still providing an astronomical amount of return when you take into account the levels at which it was around 14 to 15 months back.

The main trigger was the news from Google that it will be banning the cryptocurrency advertisements. However, Google did not entirely elaborate whether it will be banning all cryptocurrency advertisements or there would be a mechanism to separate the legit businesses from the scam ones. Also, it will only be done from June of this year. That is why many of the companies have more than enough time in order to prove their business is legit as well.

Also, it seems like this was just of the impulsive blip as most of the cryptocurrencies are seen to be recovering. Litecoin seems to be at the forefront when it comes to the recovery which looks on the cards. Investors in Litecoin can expect an equally sharp a positive move now that it is again at the flat levels.

Sentiment is still soft across the crypto market, with many major altcoins still in the red for the week.
Next potential upside target is eyed for $180 zone to be regained.

The Litecoin price is seen down around 2% during trading on Thursday, after initially starting the day down as much as 5%. Bears have continued to be extremely dominant within the crypto market, across much of the major altcoins.

Litecoin has been falling since running into some resistance around $190 area last week, LTC/USD is down over 15% from those highs printed. The price is still very much stuck within a downward trend, as sentiment is still downbeat particularly following the news Google are to ban crypto ads. 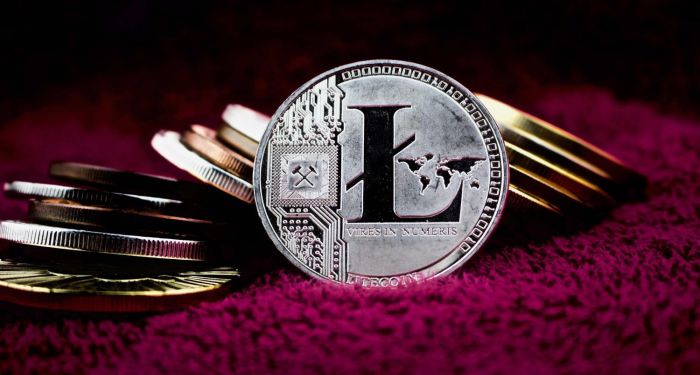 LTC/USD has seen a reasonable pullback from the losses encountered, the price bounced off support seen at $150, to push up to highs today around $168. On the 30-minute time frame, the price is currently consolidating for the time being, forming a bullish pennant. Given the mentioned pattern forming, another breakout higher could be in the works. Next upside targets looks to be around $180 region, the price was last here on Tuesday. Support is holding firm at $162, a breach here could see Litecoin back at $150.

We can shortlist at least three reasons that caused crypto prices to crash on Wednesday. None, however, had anything to do with Litecoin directly. And looking at Litecoin’s price performance, it’s heartening to see some common sense prevail in the market.

Just to be clear, Litecoin has been the only crypto in the top 10 that has largely held out against the marketwide selling pressure.

Now, in case you didn’t follow, here are the three plausible reasons driving this frenzied sell-off.

Firstly, the U.S. Senate subcommittee hearing on crypto regulations yesterday was a major disappointment for crypto lovers. Cryptos were called a “crock” and were likened to tools of financing terrorism and laundering money. Basically, it was an antithesis of February’s Senate hearing.

Then, just hours prior to the meeting, Google announced that it would be banning all cryptocurrency ads on its search engine by June to curb crypto scams.

Finally, investors are seemingly still overreacting to last week’s revelation that a Japanese crypto whale is dumping bitcoins in the market. A trustee of crypto exchange Mt. Gox, which is now defunct, has been selling his massive Bitcoin holding for the past three months during which prices have plummeted significantly. The dumping was revealed only a week ago and investors fear that the crash will worsen as the whale continues his dumping.

If you break down all of these news snippets, you realize that nothing really affects Litecoin directly in the long run.

The Senate hearing revealed nothing new. It was a repeat telecast of all prior crypto hearings where ill-informed congressmen called out on regulators to banish cryptos, while the level-headed representatives suggested moderate regulations.

We have full conviction that the government has no intention to ban cryptos. We also believe that investors will be welcoming regulations as they’ll help rein in price volatility. So panic over this news is mostly uncalled for.

Moving on, Google’s ban on crypto ads doesn’t affect Litecoin since Litecoin’s growth hinges on word-of-mouth marketing not formally paid-for Google ads. We discussed this in our news update yesterday. So this news, too, doesn’t shake our belief in Litecoin.

Finally, the Mt. Gox whale’s Bitcoin dumping will certainly affect Bitcoin prices. But how does this affect Litecoin again?

Of course, when the leader of the pack falters, the followers lose their morale. But over time, they should pull themselves together and keep marching forward.

It’s pleasing to see that Litecoin investors made sense of what is going on, unlike the rest of the market. Litecoin shed only about 2.4% of its value in the past 24 hours, faring much better than Bitcoin and most other cryptos. Meanwhile, the LTC to BTC rate is, in fact, up about 3.14% in the same time, as Litecoin prices strengthen against Bitcoin.

Analyst Take
Crypto prices move at supersonic speed, mostly driven by hourly news. So it’s best to avoid reading too much into prices on a day-to-day basis.

We are focused on the long-term performance of Litecoin, which we believe has the potential to deliver stupendous gains. As such, we stick to our Litecoin price prediction with a $400.00 price target for 2018.