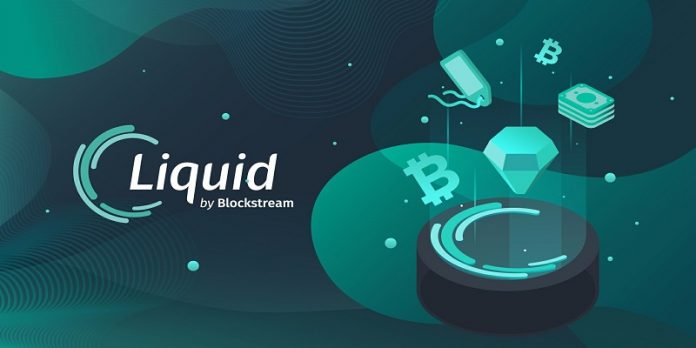 The Liquid Network is a sidechain developed by Blockstream – a Bitcoin infrastructure developer as a way of developing off-chain applications and utilities that can have a peg-in to the core Bitcoin blockchain network.

Blockstream announced the news of the Liquid Securities platform via a post on its website published on Wednesday (May 15, 2019). The company also unveiled the platform during the on-going Consensus 2019 blockchain event in New York.

Samson Mow, the Chief Strategy Officer (CSO) at the Bitcoin development firm said the new platform was in response to the challenges faced by companies when developing and deploying security tokens.

An excerpt from the announcement reads:

“With the launch of the Liquid Securities platform, businesses can quickly issue Liquid-based security tokens with the click of a button, and establish sophisticated rulesets to conform with their regulatory requirements with no software engineering experience required.”

The Liquid Securities platform features an easy to use web interface that allows security token issuers to implement all the necessary parameters they require for their offerings. On the platform, companies can develop rules that will guide all the operating parameters of the tokens.

These features mean that token issuers no longer need to spend extra money in developing robust smart contract protocols for their security tokens. It also means that they can stay ahead of the changing regulatory landscape by simply making minor tweaks in the token design.

Companies who offer services to token issuers can also provide the platform to their clients. The Liquid Securities platform has API integration functionality that can be loaded within the operating environments of other systems.

By definition, security tokens fall under the ambit of securities regulations in many jurisdictions. Thus, regulators appear more welcoming to such offerings while still casting a jaundiced glance at ICOs in general.

One of the key highlights of the document was the fact that FinCEN recognized utility token ICOs as money transmitters but STOs, not so much. Some analysts believe that such a ruling will force more token issuers to dump utility token ICO models in favor of STO models.