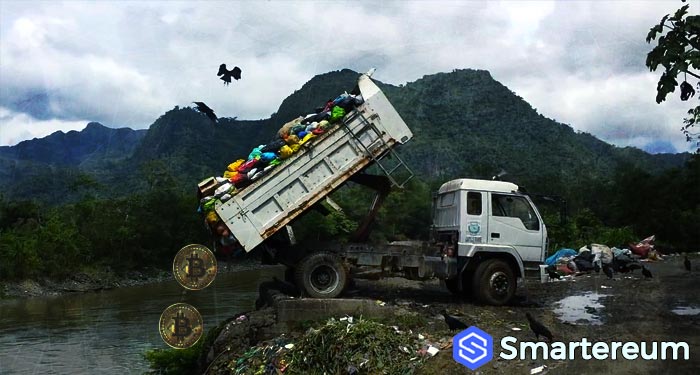 The United States Securities and Exchange Commission has always had its eyes on initially coin offerings hosted on blockchains. This is because they are dedicated to protecting the average investors from making wrong investment decisions and charged with regulating companies that create these tokens. Ever since the 2017/2018 cryptocurrency bull run, the attention the SEC gave to the industry intensified because there were many scam ICOs that rubbed people of their hard earned money at the time. Towards the end of last year, Jay Clayton, the chairperson of the SEC, said that one of the priorities for this year would involve looking into the cryptocurrency industry. Now, it seems like they are fulfilling their promise and this may be responsible for the recent market correction.

Over the last few weeks, the price of Bitcoin has been surging against the USD along with altcoins. At intervals, pull backs occur before the rally resumes. This morning, however, more than $30 billion was wiped off the total market capitalization as BTC fell from $8300 to $6200 and other cryptocurrencies followed. This was the bloodiest price correction of the year and even if the cryptocurrencies have been recovering since then, there is a possibility that the dip fall in prices may have been due to rumors about the SEC cracking down on exchanges.

Per the report on the Bitcoinist.com, cryptocurrency exchange Poloniex delisted nine cryptocurrency tokens for United States customers. While other clients from across the globe will be able to access these tokens, their United States clients will not be able to. Poloniex made the move after it received intelligence about incoming regulations by the SEC for security tokens. The announced which was posted on medium on Thursday was as follows;

“Poloniex to stop offering trading of 9 assets to US customers. On Friday, May 29th, at 16:00 UTC, the markets for ARDR, BCN, DCR, GAME, GAS, LSK, NXT, OMNI, and REP will be disabled for Poloniex customers in the US. All assets remain available for trading to customers outside the US. https://medium.com/circle-trader/poloniex-to-stop-offering-trading-of-9-assets-to-us-customers-all-assets-remain-available-to-b4c5703c0e9.”

Poloniex is trying to avoid trouble with the SEC and other exchanges will follow its lead soon. Until now, the United States Securities and Exchange Commission has failed to create a clear regulatory framework regarding cryptocurrencies or tokens that also happen to be securities. When the rumor started circulating about the actions of Poloniex being a direct result of the SEC’s crackdown, a panic sell-off kicked in. Panic sell off isn’t unusual in the cryptocurrency space.

At the time of writing, the price of Bitcoin was still bleeding out at $7,146.57. This means that it is down by 10.34% against the USD. The trading volume over over a 24 hour period is $30,466,870,933 and the market capitalization is $126,536,687,211. Other cryptocurrencies are also bleeding out as the panic hasn’t settled yet. However, the technical indicators reveal that the bull run isn’t over yet and would continue soon.

What do you think about the cryptocurrency news today. Could the SEC be responsible for the sudden fall in price? Share your thoughts in the comment section below.