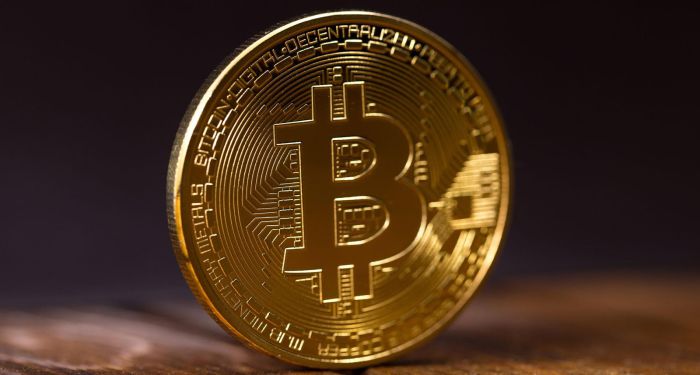 Also, the negative news around cryptocurrencies does not seem to end. There is always some or the other regulatory news which is surrounding Bitcoin.

Moreover, it seems like death cross which is a technical indicator is indicating that Bitcoin may fall all the way to $ 2800. This will lead to further fall in Bitcoin by more than 50%. It will certainly scare away many of the investors as well. This is what is keeping Bitcoin around the current levels. Many people think that since such a huge fall is pending, there is no point in investing in Bitcoin around the current levels. Also, this will break the entire momentum in Bitcoin. It remains to be seen whether this technical indicator is right or whether Bitcoin is able to bounce back.

Peter Thiel who is a VC and early investor in Facebook, recently stated that Bitcoin can be considered as an asset class. It can be compared to gold. It can be a safe haven in times of turbulence.

However, for now, it seems like Bitcoin itself is pretty volatile. This is the reason why many people are actually staying away from Bitcoin. Unless and until this kind of volatility is not eliminated in Bitcoin, very few investors will park large amounts of money in Bitcoin. Moreover, it is already down more than 50% from the recent peak. This is another reason why many of the investors are actually fearful of investing in Bitcoin.

With increasing regulations from all over the world, investors are also worried whether Bitcoin will be banned in some of the prominent countries or whether it will be just regulated. Most of the cryptocurrency traders, as well as investors, do not fear any kind of regulation. It is only the complete ban of cryptocurrency as well as Bitcoin which is scaring away the investors. This is the reason why investors are waiting for any kind of regulatory development.

There are quite a few countries like South Korea, China, the US which are contemplating a proper regulatory framework for Bitcoin.

With that being said, it remains to be seen if indeed, Bitcoin falls to $ 2800 levels or whether it rises once again from these levels.

FIRST-TIME US Bitcoin investors have run into trouble as get face having to pay hefty capital gains on 2017 cryptocurrency trading profits, leading to reports that they are selling off the digital currency before having to file taxes in April.

The news follows the Internal Revenue Service announcing in 2014 that it would treat Bitcoin and other cryptocurrencies as property, rather than currency.

Cathie Wood, CEO & CIO at ARK Invest said: ”For younger people who don’t have taxes top-of-mind, or have never invested before, they’re shocked.

“People had huge gains last year, and they don’t have enough in crypto to pay those.”

Vincenzo Villamena, founder and CEO of OnlineTaxman.com: “I see people that bet the farm on it.

When one sells Bitcoin in the same year, such trades count as short-term capital gains and may be taxed at as high as 39 per cent depending on a person’s tax bracket.

Bitcoin mining and airdrops are also taxed, but they count as ordinary income, where the rate also depends on one’s tax bracket.

However, people who hold onto Bitcoin for more than a year but then sell it are only liable for a long-term capital gains tax, which is taxed at a significantly lower rate of 15 to 23.8 per cent.

Bradley Rotter, Vice Chairman of Rivetz, added: “The amount of capital gains from just US investors in the rise of crypto pays for the damn wall.

“I think most people are just connecting those dots but its an important dot.”

Meanwhile, Bitcoin prices struck out at an all month low yesterday following a shock announcement by Google that it would ban all cryptocurrency related advertising.

Google said in a statement: “This year, we updated several policies to address ads in unregulated or speculative financial products like binary options, cryptocurrency, foreign exchange markets and contracts for difference (or CFDs).

“We also updated our gambling ads policies to address new methods of gambling with items that have real-world value.”

Cryptocurrencies are extremely volatile and are susceptible to spikes and troughs in values.