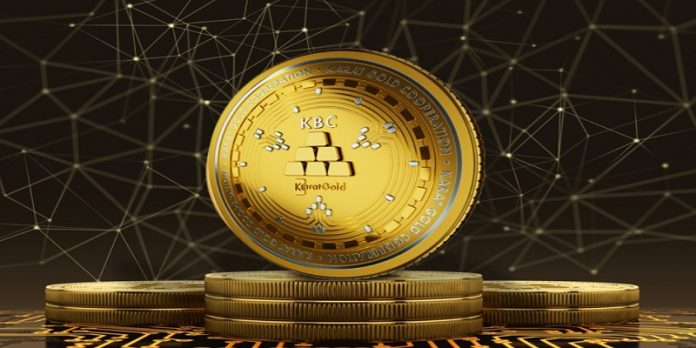 It’s not often we get to be excited about a new Dapp on the Ethereum blockchain, but today is the day. We’ve just heard an update on KaratGold Coin, and it’s good news for anyone who loves tokenized assets and stablecoins.

KaratGold Coin is the first true digitization of gold in the blockchain space. Sure, there are a couple of other good projects that back up crypto with gold reserves, but KaratGold Coin will be the first project that allows holders to trade their crypto for real, physical gold.

This is possible because KaratGold was launched (at a $100 million ICO in February 2018) by Karatbars, a company that sells gold and owns gold mines.

We also know that Karatbars is above board because you can buy their gold right now. In fact, you could have been buying their gold since 2011, when the company was founded by Dr. Harald Seiz. Seiz has this crazy/brilliant notion that gold can be used as cash once more, just as it was in ancient times. He even created paper notes imbedded with tiny 0.1 gram gold bars, to be used just like physical Dollars or Euros.

Paper gold notes still don’t solve the problem of spending gold online. In the world of e-commerce, gold remains as irrelevant as wampum. This is where KaratGold Coin comes into the picture. KaratGold Coin can be purchased with Bitcoin, Ethereum, or various fiat currencies.

Users can spend their KBC through the K-Merchant app, or within the IMpulse K1 Phone – a blockchain-powered smartphone which is a massively secure mobile phone where calls and text messages are not transmitted through conventional ways, but instead, they are encrypted and broadcasted by a newly created Voice Over Blockchain Protocol (VOBP). It uses peer-to-peer encryption that can not be hacked or manipulated. Data stored on the device, such as images or documents, are saved and enciphered through the IFPS platform, which is a decentralized storage medium based on blockchain technology.

Users can also buy, sell, or trade KBC digitally, using any of the methods already described. If they ever want the real thing, they can exchange their holdings for CashGold notes (physical banknotes with gold inset, available for withdrawal from ATMs, starting July 4, 2019).

In essence, KaratGold Coin is a stablecoin like Tether, but with a much better-established foundation of value.

KaratGold Coin may represent the first time in the new millennium that gold has sounded like a hot new investment option. It’s certainly the first time in the internet era that gold has sounded like a practical currency. Cryptocurrency may seem like an industry that has grown far beyond a primitive investment like gold, but gold will still be used in 100 years. Will cryptocurrency? For people who aren’t sure of the answer, KaratGold Coin may be the perfect asset to own in the here and now.