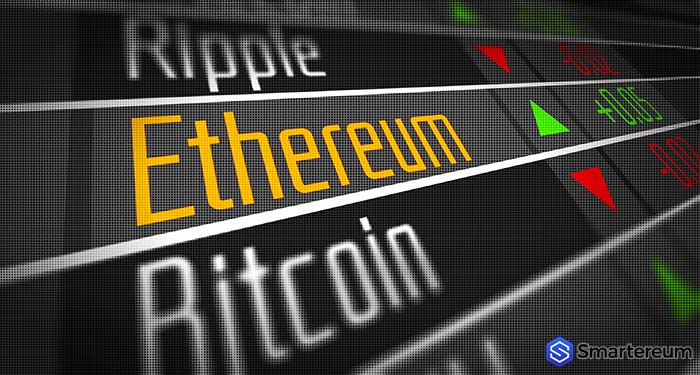 Cryptocurrency News Today – The cryptocurrency industry has been on a parabolic bull run for many days now. Today, the price of Bitcoin was only a few points away from $9000 before it met resistance and the price started to recover lower against the USD. At that point, altcoins started gaining more ground marking the start of a new altcoin season. While most altcoins have gained significantly since the beginning of the year and over the last few trading sessions, more gains will be achieved near-term. The Bitcoin price prediction 2019 is bullish but Bitcoin isn’t the only cryptocurrency with bullish prospects. Even if you haven’t bought before, this may be a good time for you to buy altcoins. Out of all the altcoins in the market, the ones with the highest chances of surging are ETH, XRP, LTC, and ADA. So, these are the altcoins you should pay close attention to this altcoin session.

According to a cryptocurrency price analysis on CCN, Ethereum is going to hit $365 near-term. During the cryptocurrency winter, you’ll recall that the price of Ethereum fell significantly to the $83 level. This was more than 85% of its all-time high of about $1500. After the price of Ethereum bottomed out, it started to rise gradually until it got back into the triple digit zone. In April, the price of Ethereum reached $180 level but was unable to hit $200. It traded in the $150 – $180 range for weeks until it finally crossed $200 this month. Surging above the $200 level marked an end to the descending trendline and confirmed the bullish trendline. At the time of writing, the price of Ethereum was $271.17. This means that it is up by 0.36% against the USD and down by 0.08% against the BTC. Bitcoin has just started to gain momentum. The trade recommendation for Ethereum is to buy now and wait for a surge above $365 before you take your profits. Long-term traders can keep holding.

Another altcoin you should look out for is XRP. XRP may have crawled for months within the $0.28 – $0.30 range but as soon as it gathered momentum following the Coinbase Pro announcement, the price started to surge. Since then, XRP has been recording significant gains against the USD. It spent most of today outperforming Bitcoin. There is a high chance that the price of XRP will hit $0.57 near-term and you may want to be among those who benefit from it. The best thing to do now is buy and hold. At the time of writing, the price of XRP was $0.446972. This means that it is down by 0.10% against the USD and up by 0.21% against the price of BTC. The trading volume over a 24 hour period is $2,567,557,165 and the market capitalization is $18,824,982,118.

Litecoin is also primed for a bull run. While the digital silver is up by 416% from its crypto winter low, it still going to rise by another 130% ahead of the Litecoin halving. Cardano ADA is also going to surge significantly thanks to the anticipation surrounding Cardano Shelley.