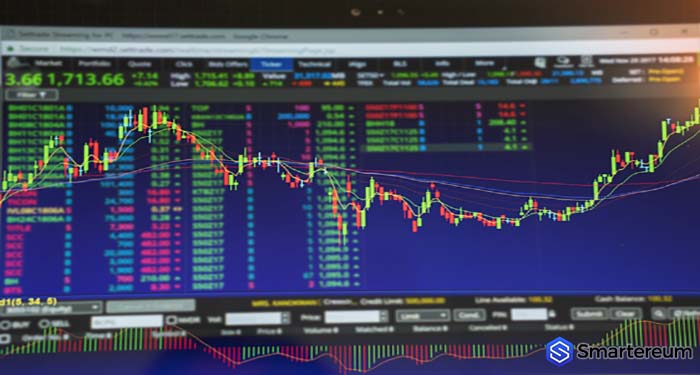 Top cryptocurrencies are trading in the green today but still at prices somewhat less than we’ve seen earlier this year. Bitcoin, for instance, just crossed the $10,000 mark – a milestone is reached last month for the first time in 2019. The bitcoin market was braced for a bitcoin price of $15,000 or more this month but here we are revisiting $10,000 from a lower point again.

Bitcoin price at the time of writing is $10,393 to the USD. This represents an increase of about 6 percent from BTC price the same time yesterday. Though the day on day difference and hourly analysis for Bitcoin price is positive, the coin is suffering an 11 percent decrease in value in the last week. As bitcoin (and other cryptocurrencies recover), the bitcoin dominance is at 65.2 percent of the entire cryptocurrency market.

Just like bitcoin, other cryptocurrencies are up—NEO leads the top 20 charge with a 7 percent increase in the last 24 hours. Ethereum, the second largest cryptocurrency after bitcoin is trading at $219 to the USD just over 1 percent better than the previous day. The coin is, however, lost 20 percent of its value in the last 7 days.

Ripple XRP token hasn’t changed much since yesterday, trading at 0.317 to the USD at the time of writing, Litecoin LTC went up by about 6 percent to trade above $98 to the USD while Binance Coin (BNB) is up by 2.5 percent.

As the altcoins join bitcoin in a crypto market recovery, the bitcoin dominance ratio stands at 65.7 percent of the entire crypto market.

Caution is the Word

As the cryptocurrency market shows positivity today, bitcoin analysts aren’t getting carried away by the daily and hourly gains. By this time last week, BTC price had reached a yearly high upwards of $13,000 as analyst and traders alive were rooting for a sustained rally to $15,000. That was not to be—not yet—and has informed a caution among bitcoin followers.

Bitcoin investor and analyst Josh Rager expressed this caution in his recent post to the bitcoin community. Roger explained that BTC price will probably recede into a downtrend shortly after it recovers.

“Bitcoin had a nice bounce that tapped the previous 4hr chart low and I honestly think it needs to push up more before continuation down.”

He explained that BTC price will reach a short term peak of around $10,342 before it recedes into a bearish trend.

Just like Josh, some other bitcoin analysts are not so optimistic about the chances of bitcoin in the medium to long term. As Smartereum reported, bitcoin analyst Peter Brandt warned of a major correction in the price of bitcoin; as much as 80 percent loss, he predicted. As one of the people who foresaw the rise of bitcoin from less than $4,000 to over $10,000 earlier this year, his warning has analysts weighing up the prospects of bitcoin; at the moment, most are optimistic buy not without cautious.