Smartereum
Home Cryptocurrency Bitcoin Price Stability Of Bitcoin And XRP Confirms The End Of The Downtrend... 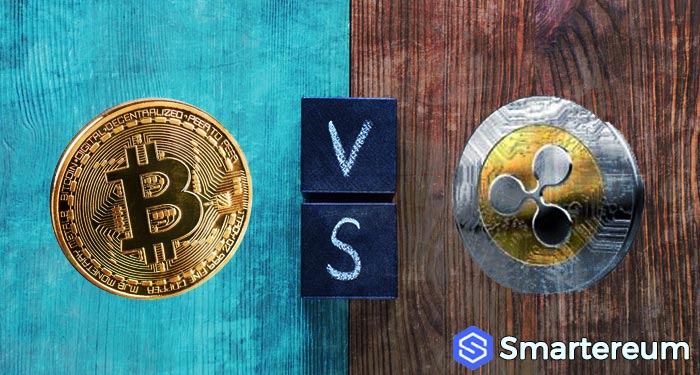 Cryptocurrency Market Update – The latest updates on Bitcoin and Ripple – The last 48 hours have seen Bitcoin and Ripple show variations at three different intervals. It seems both coins will cut out volatility pretty soon. Bitcoin’s resurgence has been quite impressive, pulling itself out of the downtrend after falling below and rising above the $10,000 mark in the last few days. It seems to have regained its momentum. Not just Bitcoin, Ripple has also regained its strength in the crypto market. Both coins are poised to stay bullish for some more time based on statistics. Bitcoin price prediction before the end of the year projects the price of Bitcoin at $15,000 while XRP price prediction at the end of the year projects price of Ripple at $0.9.

Bitcoin and Ripple experienced three major price fluctuations between 19th of July and 20th of July. However, there is unpredicted stability of both coins in the market. Bitcoin experienced the first increase between 00:29 UTC and 06:33 UTC on the 19th of July — a 4.13% increase of the coin value. It fell by 6.75% between 06:33 UTC and 14:08 UTC.

In other cryptocurrency updates, older cryptos (save for Bitcoin) have already been surpassed by even unborn crypto which is already making the waves. From a new survey, it was discovered that there is a tangible public interest in Libra coin which currently is facing a strong criticism by global regulators. The fact that people do not wholly trust the company launching the coin, it seems people have grown more familiar with the coin than the already existing ones such as Ethereum, Litecoin, and Ripple.

According to a recent study, while only 58% of the Adults in the US have heard of Bitcoin (which is just over ten years old), about 16% of Adults in The US have already heard about Libra just a month after its unveiling (interestingly, it is yet to be launched!). Ethereum, the second-biggest cryptocurrency in the world has only been recognized by 12% of the Adult populace in The US since 2015. Smaller cryptocurrencies such as Litecoin and XRP are still not popular. It is believed that Bitcoin prices have been increasing in recent times mainly because of the interest in cryptocurrencies shown by Facebook and major tech companies in the world.