Smartereum
Home Cryptocurrency Bitcoin Bitcoin Is Dying In India As Government Proposes A Ban Of Cryptocurrencies,... 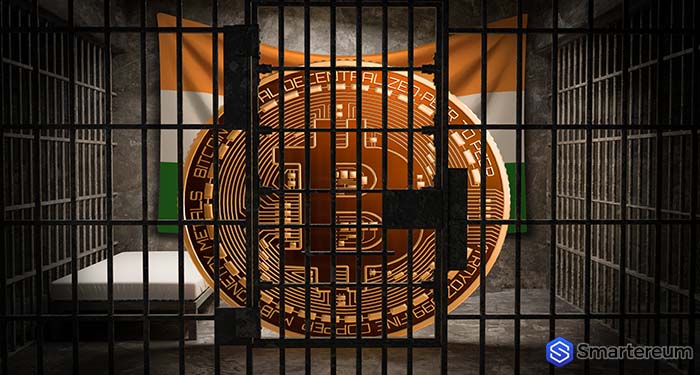 Bitcoin News Update – Indian government’s dislike for cryptocurrencies, especially Bitcoin, is quite evident now. Regulators in this G20 giant have officially clamped down on digital assets. Draft legislation made it clear that it is a crime to hold, buy or sell cryptocurrencies in India. The extreme hostile measures against Bitcoin and altcoins in Indian resulted from the government’s primitive understanding of the digital assets. In addition to the list of draconian laws designed to rid the country of cryptocurrencies, a new penalty was included over a month ago.

The authorities pronounced a jail term of about ten years for individuals dealing in crypto assets. Earlier on, in April 2018, the government made another move to kill the India’s crypto ecosystem. The country’s central bank made certain regulations against digital currencies. It ordered financial institutions under its control to discontinue cryptocurrency transactions. Also, they should prevent their customers from buying virtual currencies.

In a statement, the central bank affirmed that Reserve Bank has repeatedly warned holders, users, and traders of digital currencies including Bitcoins. The individuals were informed of the risks associated with dealing in virtual assets. With regards to the associated risks, entities regulated by RBI are prohibited from providing services to business entities or individuals that deal with cryptocurrencies. This regulation took effect immediately. However, regulated entities that already provide such services were ordered to discontinue within a given time.

This declaration was the death knell for crypto exchanges in India as they started to close permanently when the banks discontinue their support to them. Following this development, bitcoin enthusiasts in India shifted their attention LocalBitcoins and other peer-to-peer platforms to buy virtual currencies.

The LocalBitcoins chart shows that the volumes of cryptocurrencies in India steadily rose from the second half of 2018 to April 2019. However, the Indians stopped buying bitcoin following the legislation against cryptocurrency in the country. Despite the surge in bitcoin price, the bitcoin volume dipped in India. Data from LocalBitcoins showed a steady decline in bitcoin volumes in the last six weeks. Precisely, the drastic decrease in volumes started since mid-June, following the announcement of a prison sentence for individuals dealing with crypto assets.

The withdrawal of support to crypto exchanges by the banking system, as well as the prison sentence for individuals dealing with crypto assets, has sent crypto enthusiasts packing. It appears the Indian government and regulators are succeeding in their mission against bitcoin. The chart showing the steady decline of LocalBitcoins volumes is evidence. This development shows that crypto enthusiasts in India will not want to risk the wrath of the government and serve a jail term sentence. Consequently, peer-to-peer platforms may witness a further decline in bitcoin volumes in India.

With the government proposal to ban cryptocurrencies, bitcoin is on life-support in India. Unfortunately, the government will soon ensure that no individual in the country is a holder of virtual currencies.

What do you think? Is Bitcoin dead in India? Share your thoughts in the comment section below.