Smartereum
Home Cryptocurrency Litecoin Litecoin Halving Is Only 10 Days Away, What Can Traders Expect? 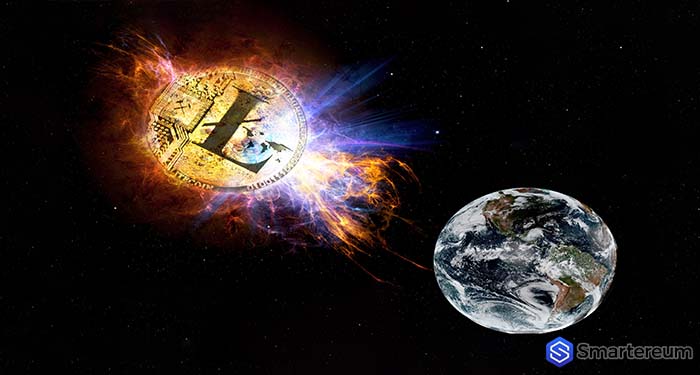 Litecoin Halving is set to take place in ten days and trader, as well as enthusiasts, are anxious about how the coin will perform. LTC is the fourth largest cryptocurrency by market cap. This token has suffered from price fluctuations in recent times just like many other altcoins and Bitcoin.

The first halving event took place in 2015 and it was followed by a consolidation phase and a price surge. When the next halving occurs in 10 days, what should traders expect?

Litecoin Price Has Been Unstable

Litecoin started off as an early fork of Bitcoin. Its price has been trending sideways with several other altcoins. LTC succeeded in reaching $150 a while ago and analysts predicted that it would maintain the momentum. This wasn’t the case for the coin as it failed to hold the support level.

The coin was able to surge independently of Bitcoin but has lost the ability in recent times. A few weeks ago, it even fell below $80 in a crypto market wide blood bath. It has since recovered over the $100 and fallen back to $93. As the halving draws nearer, investors hope that LTC price would surge in the same manner.

Can the Litecoin Halving Turn Things Around?

Litecoin halving takes place every four years. during the event, after about 840,000 LTC are mined, rewards on them will be reduced by half. This means the total supply of the miners will drop by 50%.

Litecoin was founded in October 2011 and had its first-ever halving event onAugust 26, 2015. The mining block reward at the time was reduced by half from 50 LTC to 25 LTC. The price didn’t surge immediately, but after two days, Litecoin shocked investors by having an increase of over 500%.

The surge in price wasn’t the only benefit from the halving event. The block reward of LTC was still impressive for a couple of months. Investors were happy with the aftermath of the halving.

What should you expect after the Litecoin halving?

At the moment, LTC miners mine 1 LTC per 2.5 minutes and they are given a block reward of 25 LTC. When the Litecoin halving takes place, the 25 LTC figure is expected to be split in half.

The result of this is a significant reduction in supply. Ultimately, this would positively impact Litecoin price and cause a surge as it did in the past. Many analysts argue that this event doesn’t guarantee a surge, but past events show otherwise. The losers after the halving would be the miners if the price of the coin falls below the breakeven point.

Litecoin community members or LitecoinFam as they are called are earnestly waiting for the halving event. They believe that it would bring a price surge even if the recent price movements have not been encouraging. Still, readers believe that the event will turn things around.