Smartereum
Home Cryptocurrency Bitcoin UK Financial Regulators Decide Which Cryptocurrencies They Want To Regulate But it... 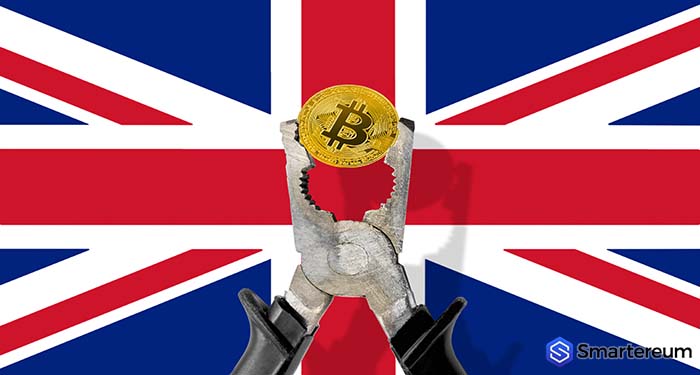 In the cryptocurrency latest update, The Financial Conduct Authority (FCA) of the United Kingdom — a regulatory body that governs the financial market of the country has stated the tokens it is responsible for. The regulatory body confirmed this in a statement made on its stance on the crypto market. This confirmation was made in response to a consultation paper published by the FCA in January.

The consultation paper stirred several financial institutions and organizations to respond to the FCA. These financial entities that responded include cryptocurrency institutions, trade associations, and major Banks. Most of the responses received by the FCA supported its initial proposals.

“Following our consultation, we are proceeding with the guidance that was consulted on, with some drafting changes to improve clarity based on responses. This includes reframing our taxonomy of crypto assets to help market participants better understand whether tokens are regulated, and where they fall outside our remit”, according to the report.

This latest statement by the FCA has managed to give further definitions and has been able to clarify some issues pertaining to cryptocurrency regulations. For instance, according to the statement made by the FCA, “security tokens” which is under the FCA’s “specified investment” section will have to fall under the regulatory body’s remit. Furthermore, top cryptocurrencies, Bitcoin and Ethereum will not be regulated by the FDA as they are regarded to be “exchange tokens”. Although the coins must abide by anti-money-laundering regulations of the FCA. However, utility tokens will fall into a new category of e-money tokens when they can be defined as electronic money. Otherwise, they won’t be regulated by the FCA. Some stable coins that could be defined as e-money may also be under the control of the FCA.

In a statement made by the FCA’s executive director of strategy and competition, Christopher Woolard, he explained, “this is a small, complex, and evolving market covering a broad range of activities. Today’s guidance will help clarify which crypto asset activities fall inside our regulatory perimeter”.

In the cryptocurrency news today, the Financial Conduct Authority (FCA) of the United Kingdom proposed a ban on some crypto-related products. According to the regulatory body, the proposal was made in a bid to be sure that that retail investor in the country is protected. In a statement made by the FCA, cryptocurrency-based products and exchange-traded notes were “ill-suited to retail consumers who cannot reliably assess the value and risks”.

The United Kingdom Financial Conduct Authority (FCA) has now stated that Bitcoin and Ethereum will not be regulated by the institution, while they will regulate stable coin and service tokens. FCA, the United Kingdom’s most competent financial regulator in the last two years made this statement on July 31st, 2019.

FCA’s “PS19/22: A guide on crypto-assets” states in the document, “the crypto-currencies that are generally decentralized and used primarily for trading”, as they see in the “Trading token” of Bitcoin and Ethereum. By this, Bitcoin and Ethereum will not face any form of regulation by the FCA. The FCA, however, stated that the stable coin and service tokens will fall under their regulations and also depicted that security tokens are similar to securities and stocks in several instances. The top regulatory body has indicated its desire to regulate service tokens in the e-currency category.