Smartereum
Home Blockchain Crypto Industry Just Got A Boost As MasterCard And Nexo Partners To... 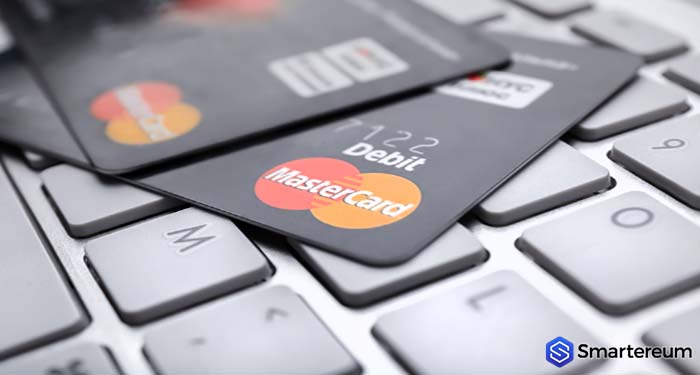 In the cryptocurrency latest news, Nexo, a renowned instant crypto loans organization and MasterCard, an international payment system institution are partnering to launch a cryptocurrency credit card in the latest development which was shared in a press release on Friday, 2nd of August, 2019 — according to Cointelegraph.

According to Nexo, the Nexo Card will be the first card in the world “spend” their cryptocurrencies without actually spending it. The Nexo card will not be designed in a way that it will not consider annual, monthly or foreign exchange fees.

“When you purchase an item using the Nexo card, you essentially make payments by using your Nexo revolving open-ended credit line that is supported with your crypto holdings, and by doing that, you are not selling any of your cryptos. This will give users of the Nexo card the freedom to spend heir crypto values today and sell their holdings whenever they wish to in the future so that they can pay back the loan”, Nexo said while describing how the card operates.

In the cryptocurrency latest update, Cointelegraph reported yesterday that Celsius Network, a cryptocurrency platform which lends and borrows digital currencies, has reached $300 million in coin deposits in the space of one year and has achieved over $2 billion in coin loan origination. With these feats achieved by the company, it has claimed to be the fastest-growing lending platform in the world.

In other cryptocurrency news, crypto asset management firm, BlockFi, made an announcement in May this year that its interest-yielding bearing account will now support the Gemini Dollar (GUSD). The company stated in its announcement that it will offer the Gemini Dollar (GUSD) as collateral for cryptocurrency borrowers functioning as an institution. It will also offer GUSD as a funding option for the U.S Dollar.

In Bitcoin latest update, based on a recent study carried out by technology researchers, Comparitech, over 83% of the discussion about Bitcoin are positive. The company carried out this research by using machine learning. Over 48 thousand posts and 7,500 articles from national and international institutions were analyzed by the machine. Scores were given out based on positive and negative sentiments of articles used in the study.

Considering the performance of other digital currencies from the study, Facebook’s yet-to-be-launched Libra surprisingly came out tops, with a whopping 97.7% of the discussions about Libra being positive. Other top cryptocurrencies such as Ethereum, Cardano, Litecoin, and Tron also had excellent positive sentiments as 85 to 90% of the discussion were positive. Tether, which has been causing a few controversies in the crypto sphere even performed well in the study. The coin was discussed in positive sentiments twice as much as it was discussed in negative sentiments.