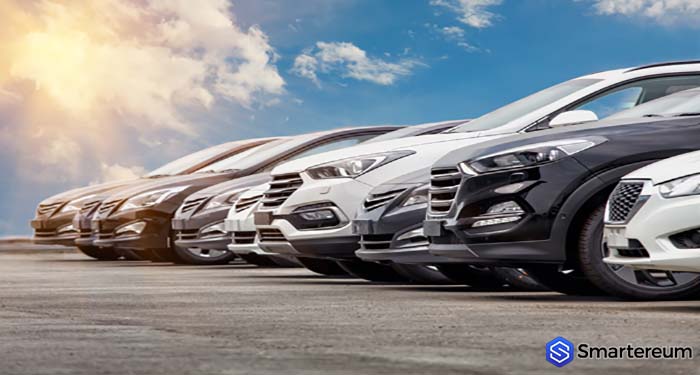 Blockchain is driving disruption in the automotive industry. Sixty-two percent of executives say that the secure distributed ledger technology will be a disruptive force in the automotive industry within three years, according to an IBM Institute for Business Value study. The missing link? Standardization — getting original equipment manufacturers (OEMs) and suppliers on the same page when it comes to data collection, sharing and security across the automotive blockchain.

Welcome to the block party 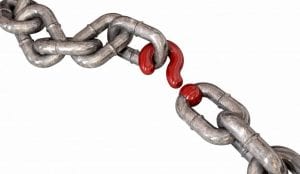 Blockchain is finally moving beyond the, as Barron’s puts it, walled-garden stage of its life cycle as large-scale, multipurpose projects start to replace cloud ecosystem solutions. As a result, 95 percent of automotive companies will make moderate to significant investments in blockchain by 2021, says the Institute for Business Value study.

But what’s the high-level advantage? How does automotive blockchain benefit OEMs and suppliers?

Blockchain’s value proposition is straightforward: Transaction blocks are linked using a chain formation, with each block connected to those ahead and behind it. Transactions are conducted using a shared ledger system, which renders all transactions on a network visible to all network participants. Blockchain models offer two distinct benefits: Data histories are easily trackable data, and native security is airtight — unapproved transactions will immediately cause a network ledger mismatch because they’re out of sequence.

For automotive manufacturers and suppliers, blockchain offers the digital advantage of dynamic identity. The 17-character vehicle identification number (VIN) tracks critical information, such as where vehicles were made, what basic options were included and when a vehicle is sold or reported stolen. But VINs are static; while they reflect a vehicle’s history, anything that happens along the way — accidents, new parts, aftermarket modifications — goes unrecorded. Blockchain offers a way to update vehicle identity using data collected through regularly scheduled maintenance appointments, significant bodywork, insurance claims and title transfers.

Despite emerging benefits — and impending investments — in blockchain, the IBV study notes that just 15 percent of auto industry executives surveyed in the IBV study are pioneers familiar with their own blockchain strategy and willing to experiment with new technology. This creates a paradox: Without enough OEMs and suppliers on board, the system isn’t viable at scale. But to secure corporate support, automotive blockchain requires breadth and depth — which only comes from having enough participants.

So what’s holding blockchain back? Three key barriers have emerged:

To effectively leverage the disruptive nature of blockchain, standardization is critical. It requires large-scale corporate buy-in and clear rules about how blockchain will be used, monitored and secured across the industry. Ultimately, throwing support behind blockchain is a business-strategy decision — the utility of blockchain-based services must outweigh their potential drawbacks.

There’s precedent that can be followed. In the automotive industry, the benefits of onboard diagnostic port data — introduced in the 1970s and standardized across automakers by the late 1980s — were substantial enough that the U.S. federal government mandated countrywide OBD-II adoption in 1996. More recently, large-scale corporate entities across industries adopted online payment platform PayPal as electronic money transfers shifted from exception to norm.

New efforts such as the Mobility Open Blockchain Initiative (MOBI) — a consortium comprising worldwide technology leaders and more than 70 percent of global automotive manufacturers — are looking to break down key barriers to shared ledger adoption. Critical here is the development of worldwide standards using open-source software and solutions to help strike a balance between use case customization and critical-mass adoption.

Blockchain is driving disruption, but barriers remain to widespread adoption. Organizations such as MOBI are working to standardize and streamline automotive blockchain solutions.