Smartereum
Home Cryptocurrency Is The Surging Dominance of Bitcoin Different This Time? 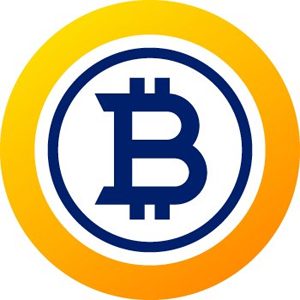 Bitcoin News Update – Investors and traders consider Bitcoin’s dominance as an indicator of market preference and monitor it. This factor measures the total value of Bitcoin in the crypto sphere. It is calculated by taking Bitcoin’s market cap as a percentage of the total market value for all cryptocurrencies. Due to its mainstream media attention and long track record, Bitcoin has become a dominant digital currency. The token is now hovering around 70%, a level that hasn’t been seen since 2017.

Some analysts speculate that the current Bitcoin ascent is a signal of an imminent bull run. These individuals predict that the rise will push Bitcoin’s dominance above 90% and will rid any altcoin of capturing significant market share. Other analysts interpreted the rise as a signal that altcoins are about to recover. Besides, investors depend on the outperformance of the coins to make decisions about crypto investment.

Bitcoin Price Analysis and a deeper understanding of market metrics are crucial to a better interpretation of bitcoin dominance rate. The increasing dominance of bitcoin is not necessarily good news. It is likely to establish the top cryptocurrency as the best option for bulk crypto investment. Eventually, such a situation will smother interest in altcoins.

With bitcoin as the center of attention in the crypto universe, it will siphon funding of other areas of the market. Besides, it will suppress the development of blockchain applications, preventing other cryptocurrencies from approaching the market for funding and validation. A crypto-asset will seem immature if it accounts for 80% of the market valuation. Consequently, synergies and internal connections will empower profitable irrigation of resources if the market capitalization is diversified.

More attention should be paid to the dominance metric to maintain a more resilient crypto market. Some analysts suggested taking out stablecoins and “fake volumes” and using alternative calculations. Stablecoins are not regarded as a competing investment vehicle.

Bitcoin dominance acts as a relative measure that determines preference, momentum, and conviction. The popularity of Bitcoin depends on its price level while its dominance is a measure of its popularity against other cryptocurrencies. Consequently, investors may assume that Bitcoin with a higher market cap is a “safer” asset compared to smaller cap tokens and will switch to it.

Also, the increasing dominance of Bitcoin may indicate a growing interest in the crypto market. It may also indicate the conviction that the top cryptocurrency has the strongest fundamentals. Though Bitcoin is the preferred choice of most investors, its dominance can increase while its price falls and vice versa. The growing dominance is an indication of the token’s fundamentals and relative “safety” which triggered more investor participation than during the ICO-fueled boom of 2017.

Traders who buy bitcoin because of its surging dominance are encouraging more traders to purchase the crypto-asset. Besides, the high dominance rate is likely to increase the confidence of traditional investors in the crypto market.

Investors may consider other cryptocurrencies if their expectations about bitcoin are not satisfied. They may switch to the overlooked altcoins increasing the market valuation of these crypto-assets. Like the previous trends of the dominance factor, a correction may occur and investors may discover new alternatives.

The recent Bitcoin’s dominance surge is different from previous run-ups. Despite its dominance drop in the last bull market, Bitcoin’s dominance is likely to continue for a few more cycles. The growing dominance and increased liquidity indicate that a great number of investors believe in the potential of the crypto-asset.