Smartereum
Home Cryptocurrency Bitcoin How Can Libra Protect Privacy? See What LinkChain Has to Say About... 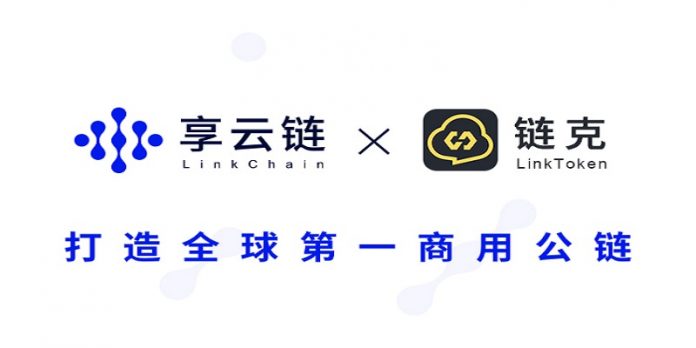 Privacy issues, among others, will seriously prevent the launch of Libra, Facebook’s cryptocurrency that has attracted the world’s attention. According to the latest news, data protection and privacy authorities from the United States, EU, and the U.K. were reported to express their concerns about Libra’s protection of individual privacy in a joint statement.

The statement argued that privacy risks might result from Libra’s combination of vast reserves of personal data with financial information. Not only will the blockchain identity of a Libra user be tied to his/her physical identity, but Facebook may have access to his/her information or share aggregated data. The authorities also stated that “while Facebook and Calibra have made broad public statements about privacy, they have failed to specifically address the information handling practices that will be in place to secure and protect personal information.”

Libra is just one of the many digital currencies, including Bitcoin, that face privacy challenges. Once as highly-sought-after protectors of user privacy, these currencies are becoming overstretched for the task of protection when more scenarios of application emerge.

No Privacy Even with the Most Private Digital Currencies?

However, in the blockchain system represented by Bitcoin and Ethereum, all transaction data and account data on the chain are open and traceable to all nodes or users. Anyone can view the balance of any account and trace all historical transaction data. As long as a user discloses his account address (in order to trade with others, it is inevitable), others can see all his account information and transaction records happened on the chain, which actually belongs to personal privacy or business secrets. In order to protect personal security or competitive advantage, this information is not expected to be leaked in the real world. This weakness of the blockchain is greatly different from the traditional banking and business standards, which results in that most of the financial and business activities cannot be carried out on the blockchain.

Bitcoin developers have developed a mixed currency solution to avoid this disadvantage, but this solution has the disadvantage that it relies on a centralized third party; Zcash project uses zero-knowledge proof to achieve privacy protection, but this knowledge proof requires about 30 KB of additional data per transaction, which makes the solution difficult to be accepted by users; Monero project uses ring signature and Bulletproofs, which is an excellent solution to realize address hiding and amount hiding meanwhile reduces the volume of transaction data. However, Monroe coin cannot support smart contracts, and the throughput and transaction verification speed are still low, so it is difficult to use on a large scale.

Driven by the desire to protect users’ privacy, the industry is seeking the best solutions to this end.

LinkChain, a high-performance commercial public blockchain, has tackled the privacy challenge over blockchain. It does this by, as the first main chain in the industry, supporting anonymous transactions and both UTXO and Account models. Development for the support was declared to be completed when the open-source code of LinkChain’s new version – “Zheng He” – was released on August 21, 2019.

LinkChain, built by China’s blockchain innovator, LinkChainTech, offers high-performance and secure blockchain infrastructure for various application scenarios of free transactions that require shared computing and high demand of privacy. The “Zheng He” version has been a major update since the source code was opened in June 2019, and the first of the five significant ones envisaged in LinkChain White Paper, representing an improved LinkChain ecosystem.

With “Zheng He” version, LinkChain introduces privacy protection and differentiates itself from other main chains, such as Zcash and Monero, that provide low performance and no support for smart contracts. Based on “Ring Signature and Zero-knowledge Proof”, LinkChain enables two parties of a blockchain transaction to conceal their account addresses and transaction amounts and to ensure that their transaction data are neither linkable nor traceable. Specifically, Ring Signature protects the parties’ privacy by allowing a verifier to check the authenticity of signatures without identifying which of a group of ring-signature members performs the transaction. In addition, Zero-knowledge Proof hides the amount of each transaction from the public view; external parties can only see the verification result of the amount rather than the amount itself. In view of the vast application scenarios of transparent transactions, LinkChain’s privacy feature is optional, that is, users may choose whether or not to activate the feature when they initiate transactions.

Because it supports both transparent and anonymous transactions and has improved transaction verification performance and user experience from consensus algorithm, homogeneous-chain architecture, parallelization, hardware acceleration and so on. LinkChain allows for anonymous transactions with performance satisfying almost all scenarios of business applications, including those of large-scale ones. It is particularly suitable for scenarios involving trade secrets and takes no longer than 3 seconds to confirm a transaction.

The new version supports multiple asset account models. Users can directly manage all types of digital assets either with the UTXO or the Account model. Moreover, application developers are more at ease because they can serve both types of accounts using a single type of smart contracts.

Combing anonymous transaction and multiple asset account models, LinkChain offers complete privacy solutions and decentralized exchanges for a wide variety of practical scenarios. It enables a general token to circulate as freely as a native token does and to interact with any smart contract more sophisticatedly. Moreover, users’ wallets can show the balance of all assets in both account models, and transactions may be initiated to transfer assets between the two models.

Developers are empowered to issue token assets using smart contracts, or transfer digital currencies from other existing public blockchains to LinkChain using cross-chain protocols. In addition, they may tokenize physical commodities or assets from under the chain to over LinkChain, and then transact these assets at a LinkChain-based decentralized exchange.

This means that all your digital currencies such as Bitcoin and Ethereum can be migrated to LinkChain, where a range of services covering high-performance privacy protection and decentralized exchanges are available. All these cryptocurrencies from other chains (even those tokens you may have generated using smart contracts) are treated like LinkToken, which is native to LinkChain. In other words, when they are maintained and managed or are engaged in transparent or private transactions, the actions are directly carried out in their underlying account models rather than being limited in smart contracts. So powerful is the combination of privacy protection and multiple asset account models.

With such difficult technological breakthroughs, LinkChain registers another world record, and LinkToken is likely to become a world-leading anonymous token. Indeed, the chain and the token are so valued that LinkChain Cloud exchanged 260 million LinkToken for RMB 2.6 billion-worth shares of Sevenstar Bay Yacht Club in July 2019. This had been the world’s largest purchase of a real assets with digital asset.

Industrial players argue that unprecedented power can be expected if the technology of LinkChain is integrated with that of Libra, given that the former addresses the privacy challenges of the latter. It is reported that open beta of the new version will be released on September 2019, when generous awards will be granted to global white-hat hackers finding bugs on the chain.