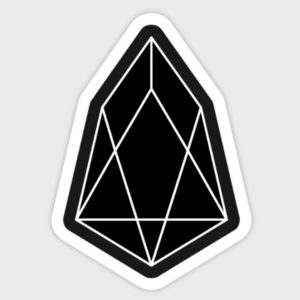 EOS News Today – EOS is currently one of the hottest cryptos in the market. The past twenty-four hours have been very generous to the entire crypto space, especially altcoins. Bitcoin (BTC) has also recovered enormously; it is now trading close to the $8,500 mark. One of the highest gainers over the past day is EOS (EOS). The price of EOS is up by about 15 percent. The massive upsurge in EOS price came after the news that Block.one has settled with the Securities and Exchange Commission.

EOS Price Pumps after Block.one’s Settlement with the SEC

The past couple of months have been somewhat miserable for the majority of altcoins in the market, including EOS. A major price rally at the middle of this year got the digital currency community chattering about altcoins. However, the majority of gains they amassed during that rally are all lost. Over the past three months, altcoins have been dumping continually.

During the massive bull run, EOS tested a new year-to-date high of $8.70. Since then, EOS to USD price has plunged by 70%, bringing the coin to a low of $2.60 last week. Nevertheless, things started to fall in place a few hours ago. The price of EOS surged from an intraday low of $2.70 and broke over the $3 mark. The digital currency continued surging higher and tested a new weekly high of $3.11.

The significant increase in the price of EOS also helped it to flip Binance Coin (BNB) to occupy the 7th position on the list of top digital currencies. EOS is currently trading at $3.09 according to CoinMarketCap. The market cap of the digital currency has also risen to $2.86 billion.

The news about Block.one’s settlement with the SEC over unregulated token sale charge is what provided the momentum today. The SEC fined Block.one to carry out an unregistered ICO of digital currency tokens between June 26, 2017, and June 1, 2018. In a statement, Steven Peikin – the co-director of the SEC’s Division of Enforcement – said:

“Block.one did not provide initial coin offering investors the information they were entitled to as participants in a securities offering.”

Nevertheless, the fine is a measly $24M, which is only 0.6 percent of the fund generated from the yearlong initial coin offering. Block.one seems to be happy with the outcome. However, the firm did not deny or confirm the allegations. In response, the firm said:

“We are excited to resolve these discussions with the SEC and are committed to ongoing collaboration with regulators and policymakers as the world continues to develop more clarity around compliance frameworks for digital assets.”