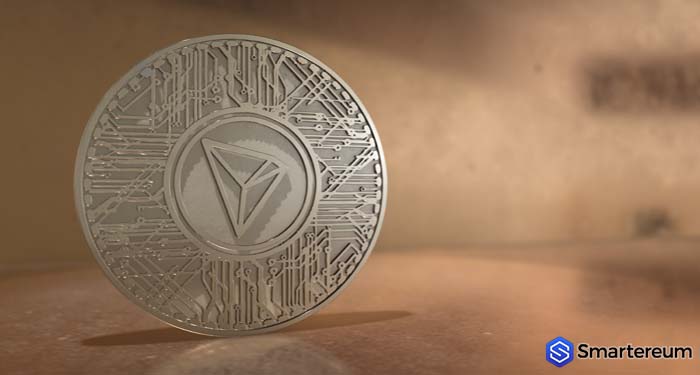 China and its native crypto assets have been in the news since the weekend, Beijing has increased crypto markets by 25% in just two days. Although crypto giant Bitcoin led the rally, as of today, Chinese crypto coins are surging and Tron (TRX) is among them.

In the recent ranking of Chinese crypto, native projects are leading. Ethereum (ETH) has lost its spot on the 14th listings update from CCID Blockchain Research Institute, while EOS has stayed on the top.

The trading price of Tron today is progressive and the coin also has stepped up to second place in the recent ranking. TRX is one of the cryptocurrency market top-performing Altcoin today, the coin has a surge of almost 30% to attain $0.021. By BTC term, the Ethereum contending token has made 22% in a climb to 220 satoshis.

This price move has allowed TRX to reclaim a spot on the top ten listings. Stellar’s market cap is almost $1.4 billion, its daily trading volume has also increased and it is close to $2 billion. The price breakout was analyzed by Luke Martin a crypto trader and analyst. He stated: “Technical breakout for $TRX today. I look forward to seeing @justinsuntron craft up some announcements to take this thing higher towards the 280-300 sat area.”

During the weekends, Sun hinted on a megacorporation partnership, he tweeted: “#TRON will partner with a hundred billion USD megacorporation next week. It will not only benefit $TRX but all TRC10&20 tokens including $BTT & $WIN etc. It will broadly distribute #TRON Dapps and tokens to billions of customers. TBA. Make a guess?” Going by the statement by Tron Foundation, about $300 million Tether issued TRC-20 tokens in circulation. Recently there has been a lot of Tether movement as chain swaps have been ongoing on the TRC-20 standard.

Exchanges such as Bitfinex, Poloniex, and Huobi Global, are supporting the Tron protocol. Byron and NEO are also doing well in the market with Byron having over 100% surge, and Neo continues to increase as it retains its $12. NULS, Ontology, and GXChain are also doing well with 40%+ surge and VeChain also recorded 25% gains.

Going by the press report by China’s news agency – Xinhua, China’s cryptography law that takes effect on January 1 is intended at “facilitating the development of the cryptography business and ensuring the security of cyberspace and information”.

Still, on the positive trending news on China, the rubber-stamping of new cryptography legislation is set to be introduced. The action intended as Beijing prepares itself for its Central Ban Cryptocurrency as the pressure on Facebook’s Libra plans increases.