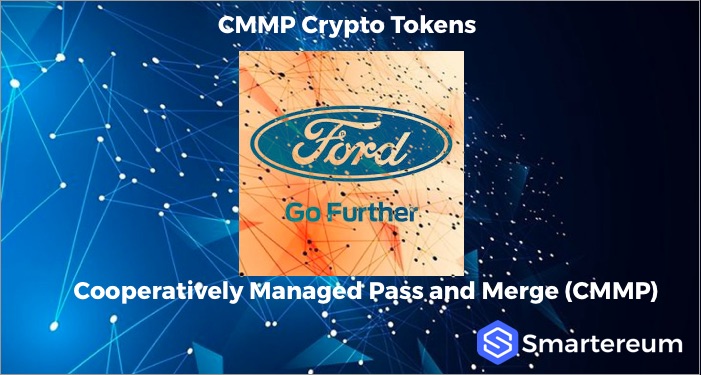 Ford has just been awarded a new patent that may allow the giant auto company to enable cryptocurrency transactions for auto communication.

The patent is meant to allow vehicle-to-vehicle cooperation. It was published on Tuesday 27th of March 2018. The patent focuses on different ways to reduce traffic congestion including using communication between vehicles to coordinate speed. This will, to a degree, contract the psychology of drivers who only care about their time and preferences while driving.

The document states that there will be a Cooperatively Managed Pass and Merge (CMMP) system that will allow the monitoring, and, evaluation of driving behavior.

This will be powered by a cryptocurrency called CMMP tokens. It will facilitate the transmission of messages between various vehicles.

The tokens will also be used as an on-the-road credit within the proposed system.

The time allotted to the consumer vehicle’s request will depend on the tokens the customer chooses. It will be spent at a particular time.