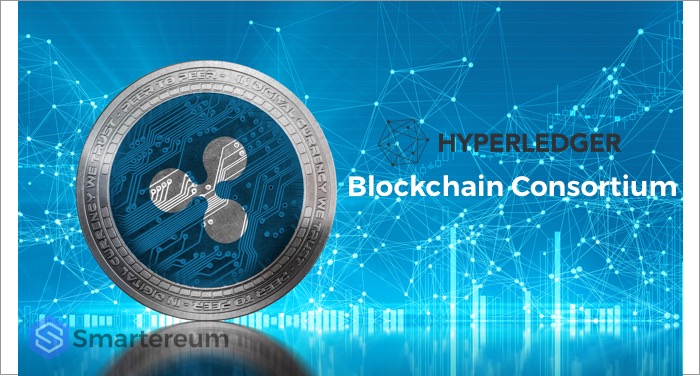 Payment solutions provider, Ripple has joined forces with the likes of IBM and Cisco in Hyperledger Blockchain Consortium. In a press release yesterday Mar. 28, the consortium started by Linux foundation, stated that Ripple was among 14 new members who were joining the body.

Ripple Inc., based in San Francisco, has made significant progress in blockchain-based solutions before joining Hyperledger. Earlier, it experienced increased partnerships with organisations including Western Union and Saudi Central Bank who trialled or adopted its solutions leading to a surge in the price of its native token, the XRP.

Ripple’s Chief Technology Officer, Stefan Thomas noted that its membership of Hyperleledger will help Ripple deliver on our vision for an Internet of Value – where money moves as information does today.  “Through our partnership with Hyperledger, developers worldwide will be able to access Interledger Protocol (ILP) in Java for enterprise use,” he said. Thomas also stated Ripple’s interest in Hyperledger Quilt, a project which “connects Hyperledger blockchains with other ILP-capable payment systems such as XRP Ledger, Ethereum, Bitcoin (Lightning), Litecoin, Mojaloop and RippleNet.”

Since its launch in December 2015, Hyperledger has increased its membership to more than 200 businesses and organizations. Its membership cuts across various blockchain-related industries; blockchain software vendors, business software companies, system integrators, and financial service providers.

Following the success of its Hyperledger Sawtooth framework released in January, the body has garnered a renewed momentum announce progress on Hyperledger Calliper, a blockchain benchmarking tool and 11th version of Hyperledger Fabric in quick succession. This brings their portfolio to 10 blockchain tools for businesses.

The growth in blockchain collaborations underscore the progress being made in blockchain innovations. Executive Director at Hyperledger, Brian Behlendorf said that “the accelerating pace of growth and adoption of Hyperledger across industries and geographies underscores the power of our community and the technologies it is building.” He noted that “It also reflects a global awakening to the impact of blockchain for business.”