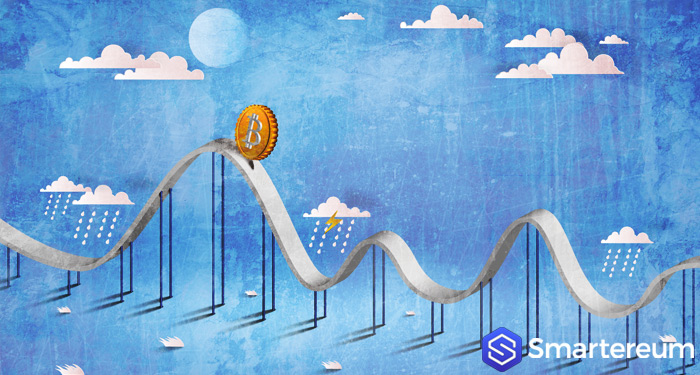 The cryptocurrency industry is still not on a steady road to recovery as it has taken another hit bringing the market capitalization below $300bn overnight.

According to the charts on CoinMarketCap, the combined market value of cryptocurrencies as at the early hours of trading was $295bn. The last time the industry had a figure this low was November last year. Of all the top five digital currencies, Litecoin, and Ethereum have suffered the greatest loss recording over a 21% decline within seven days.

At the time this piece was written, Ethereum was trading at about $454 while Litecoin was trading at $135. Both cryptocurrencies are nowhere near their all-time highs of $370 for Litecoin and $1,400 for Ethereum.

Bitcoin initially fell below the $8,000 in the early trading hours. However, it showed some recovery later in the afternoon trading at $8,075. The $7,947 indicated a decline by 12.48% within seven days.

Senior market analyst, Craig Erlam, said that the decline in Bitcoin price is as a result of withdrawals from the industry.

“Following steadying, we haven’t seen the same optimism from the people. The resistance path is lower and not higher.”

If Bitcoin’s value continues to drop, it may go as low as $6,000 which was where it reached the beginning of February. Apart from this, since the 200-day MA on March 21st, Bitcoin has experienced a decline by of over 15%.

With pressures from the regulatory bodies, cryptocurrency prices are dropping continuously. Irrespective of the dip in prices, there is still hope that the industry will flourish once again. Even if the industry is suffering a blow now, the market will switch course towards a favorable direction soon according to industry analysts.