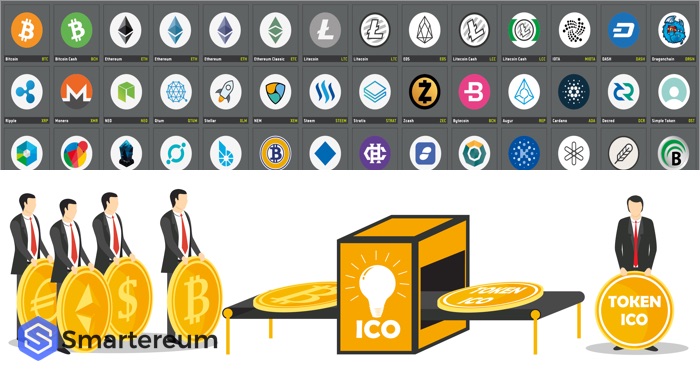 Cryptocurrency Exchanges are full of thousands of tradable tokens leading to inevitable confusion.

The rate at which new tokens are being produced and added to exchanges is alarming. Many of these tokens have similar names and identical abbreviations. On Wednesday this week, a single token was mistakenly bought by a group of traders and pumped by 300%. They were meant to buy a completely different asset but thanks to similarities in name and abbreviations they bought something entirely different.

Cryptocurrency Economy Is Drowning In Tokens

Although there isn’t a clear statistics of how many tokens are available worldwide, some estimates placed tokens at over 80, 000. The bottom line is that the number is high and it’s getting higher every month.

With 1,500 coins listed on CoinMarketCap, another 12,000 were launched on the Waves platform recently. This is minus the 68,000 tokens that exist on Ethereum alone. Although many of the latter tokens haven’t been launched yet, being created through smart contracts alone is enough to confuse.

A youtuber with more than 140,000 subscribers called Suppoman, mentioned Matrix Network (Man) propelling his subscribers to purchase the cryptocurrency. Unfortunately, most of his subscribers mistakenly bought MTX instead of MAN. This gave the token, MTX, a $300 increase before investors realized that they made a mistake.

The shill was meant for Matrix, but the followers pumped Matryx instead. This isn’t the first time a group of people will mistakenly buy a token, and it’s certainly not going to be the last time.

Apart from having similar names, so many tokens have similar tickers. The number of codes available for cryptocurrency is limited to about 17,000. This makes finding an unclaimed abbreviation problematic. ICO hosts now have the options of either picking long names or use already existing abbreviations with hopes to outshine them.