Smartereum
Home News Update Nvidia CEO says Cryptocurrency is here to stay, will be an ‘important... 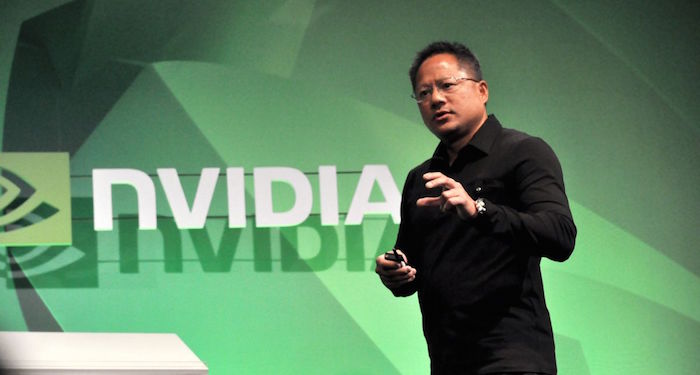 In an interview with Mad Money host Jim Cramer, Nvidia CEO Jensen Huang claims that cryptocurrency will be an important driver for business in the future and that he doesn’t expect cryptocurrencies to go away anytime soon. This statement was made in a dialog with CNBC News network on Thursday Mar. 30.

The CEO told CNBC that cryptocurrency is already here and it provides a means for people to have a “very low-friction, Low-cost” way of doing business.

The Nvidia boss told CNBC that “Blockchain’s going to be here for a long time and it’s going to be a fundamental new form of computing, and I expect blockchain, I expect cryptocurrency to be an important driver for GPUs.”

He also disclosed that the major reason why cryptocurrency became popular based on Nvidia GPU is primarily because Nvidia’s line of GPUs is the world’s largest installed base of distributed supercomputer.

Last year, the company’s (Nvidia) market capitalize share increased dramatically on account of Bitcoin mining as more and more people purchase Nvidia boards to mine cryptocurrency. With the current trend on using computer microprocessor in mining bitcoin and altcoin, a Beijing-based technology company Bitmain is developing its ASIC product to mine Ethereum, the No. 2 cryptocurrency by market cap.

Although, Nvidia has been secretive of the impact of Bitcoin mining on its business, however, experts believes that the company would generate significant profits in the year to come. He further stated that blockchain public ledgers are completely immutable, safe and distributed all over the world and that his company’s processors are preferred by cryptocurrency enthusiast and miners as it enable supercomputing capability to be distributed.

A recent study showed that over eighty percent of businesses were willing to involve bitcoin and other cryptocurrencies in their businesses. However, interested businesses must have a plan to addresses related issues like security of their systems and taxation. Fresh from the tax summons saga with Coinbase, the United States Internal Revenue Service (IRS) has sent out word reminding individuals and businesses about the need to properly file their cryptocurrency taxes. The IRS warned of legal consequences for not reporting their profits and the stipulated deadline for this law to take effect is on 27th of April.