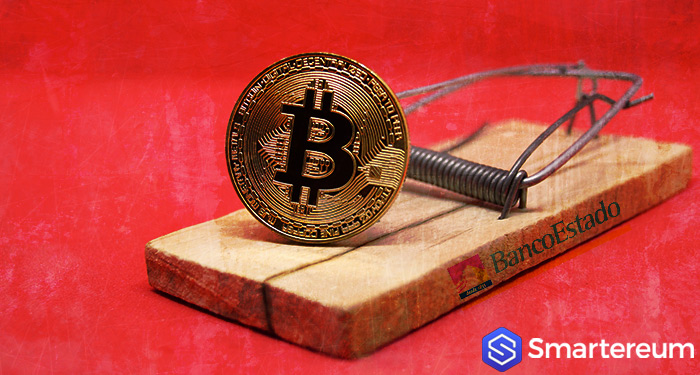 The state-owned bank of Chile has dumped three cryptocurrency trading exchange clients as reported by a local media story.

The bank, Banco Del Estado de Chile made an announcement to CryptoMKT, Orionx, and Buda.com that their cryptocurrency trading exchange accounts would be shut down in about ten days. This move came after Brazil’s Itau and Canada’s Scotiabank said they would also close the crypto accounts of these three exchanges.

Sadly, the bank gave no reason for the decision but made a statement saying:

The bank did not give a reason for the move, but said in a statement:

“BancoEstado has taken the decision, presently, not to operate with firms that are devoted to the brokerage, issue or creation, intermediation or act as a platform for so-called cryptocurrencies.”

A long time before BancoEstado severed all ties, the CEO of Buda.com, Pablo Chavez stated that without Itau and Scotiabank, his startup would “change or move to a new format,” possibly by creating a digital bank belonging to the company. However, he went on to say that the option was a bad one.

Also, the director of CryptoMKT and co-founder, Martin Jofre stated that his startup didn’t have banking options before the BancoEstado bombshell and added:

“That does not in any way mean that customers cannot recover their cryptocurrencies or money… if that happened, then the assets are returned to the users immediately.”

On the contrary, Orionx reportedly toned down the effect of losing its only bank account, and reported that customer funds “were fully backed and there’s no risk of insolvency.” No details were also provided to support this claim in the main report.