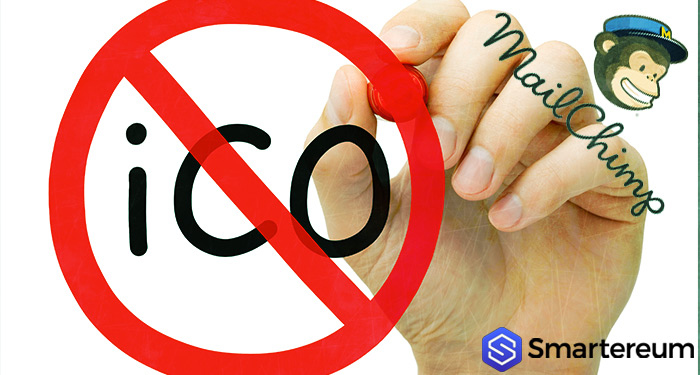 In a tweet, MailChimp stated that they are not really prohibiting cryptocurrency related information. However, the sender must not sell, trade, store or promote cryptocurrencies.

The email distribution company has plans to bar all marketing campaigns for initial coin offerings (ICO) and cryptocurrencies. This development will start next month.

A MailChimp customer received an email that revealed that the company would not allow its service to promote crypto campaigns and ICOs. The reason was that they were associated with too many scams, phishing, fraud, and other potentially misleading business practices.

This policy change is to take effect in April as stated in the email.

The company stated that they made the decision to update their policy to protect the businesses that use their services for marketing in the email. They also noted that they recognize the potential of the Blockchain technology.

This ban is reflected in the acceptable use policy of the company which was updated on Thursday.

“…we cannot allow the businesses involved in all aspect of sale, storage, transaction, exchange, marketing or the production of cryptocurrencies, digital assets, and virtual currencies related to Initial Coin Offerings, to use MailChimp in facilitating or supporting any of such activities.”

The company allows customers to easily automate their email campaigns and is mostly used for marketing. It is the newest platform to ban cryptocurrency related advertisements. Since the beginning of the year, many high-profile firms have taken such steps including Google, facebook, and twitter. However, the policy change of Google will not take effect until June this year.

The various bans have had an effect on cryptocurrency prices as reported earlier. Bitcoin has dropped to a 50-day low and is currently below $7000, and ETH isn’t safe as well.