Coinbase is an exchange that was launched in 2012 in San Francisco. It has served more than 12 million customers who have exchanged over $40bn in digital currency in thirty-two countries.

As at 2013, the exchange was the highest funded startup for Bitcoin and the largest cryptocurrency platform in the world.

Other cryptocurrency trading platforms require that traders trade on the market, but Coinbase allows traders to trade at a price determined by the market value of the cryptocurrency at the time of the trade. This enables faster purchases on Coinbase when compared to other exchanges. The exchange is one of the few in the world that accept credit cards.

Like with many other exchanges getting started requires signing up and longing in. The fees on the platform fall within the ranges of 1.49%-3.99%. It typically depends on the payment method you choose. If you use a credit card, your fees may be higher than that of a person who makes a regular deposit. However, the fees are lower than many exchanges of this level.

Users will are allowed to buy Ethereum, Litecoin and Bitcoin on the platform. The exchange is making plans to add more cryptocurrencies in the future. Hard forks like Bitcoin Cash are also supported on the platform.

Coinbase depends on the GDAX exchange, and this type of trading is suitable mainly for professional traders. Regarding risks, Coinbase has proven itself one of the safest, if not the best Bitcoin trading platform. It complies with the State and Federal laws in the United States. The fund storage method is transparent as well. 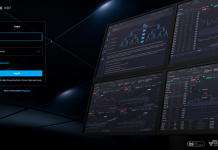 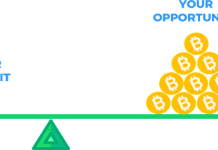