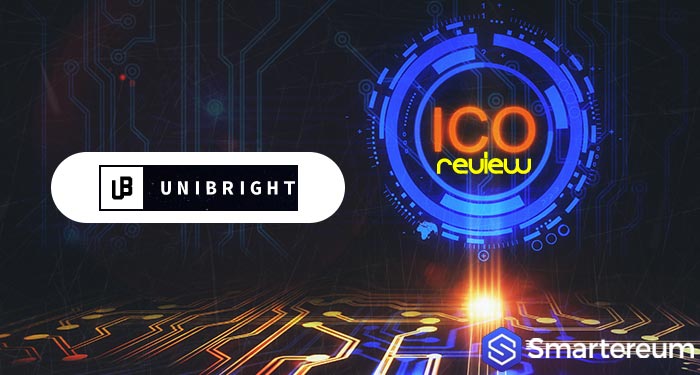 The Unibright ICO and Token sale are crowdfunding for an ERP Blockchain integration system that is template based. It provides a visual interference for the efficient integration of information flows and business work as well as the convenience of smart contract generation.

The framework enables users to use and customize templates for different business cases. Some include asset life cycles, multi-party approval, and shipping processes among others. Users with little or no technical knowledge of the Blockchain can easily select and customize a workflow that can be used to bridge the information gap between extant ERP systems.

The head, founder, and CEO of Unibright ICO is Marten Jung. He works with Stefan Schmidt, the CTO, Head, and founder of Software Architecture. The lead frontend engineer is Ingo Sterzinger. The advisory end is led by a smart contracts engineer from Ambisafe, Oleksii Matjjasevych.

Currently, the team is operating a successful ERP integration business that offers a cloud-based ERP framework known as PIP. It is built with an existing framework that has been used by big names such as Siemens, Lufthansa, and Samsung.

The team also has a successful record of designing and scaling an existing product to a large enterprise client. They have gained a client base, and this is an advantage for scaling the ICO.

Business applications of blockchain is becoming more prevalent, and big names such as IBM are offering their ERP integration systems, which are based on Hyperledger. This could be a threat to the product.

The ICO is led by competent team members with a track record of success in their target market. Also, the design is well conceptualized with a good chance of success. However, adoption and scaling is still uncertain.