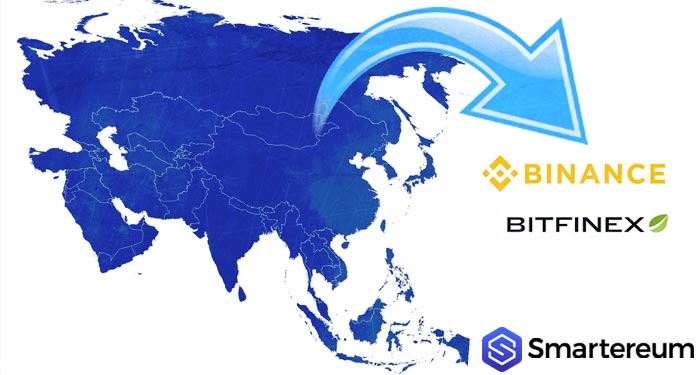 Lots of things are happening behind the scenes in the cryptocurrency trading exchange industry. At this moment, a handful of companies are leaving Asia. Such changes are quite normal considering the different administrative scene in the region. It appears Europe has become a hub for such companies.

Many cryptocurrency trading exchange lovers know that Asia is still unclear on regulation. In Japan, bitcoin is viewed as currency, but the trades are affected by examination from government agencies. Even though this is a necessary regulation, it may shake things up for now.

Presently, two noteworthy companies have made the big move to Europe. What could be attracting these companies? It appears Europe is inviting cryptocurrency firms from all parts of the globe.

South Korea is one of the biggest areas for cryptocurrency trades, but the administration is still skeptical about it. China, on the other hand, doesn’t support digital currency as a whole. Considering all these things, a move to Europe is easier than dealing with stiff regulations.

Bitfinex is making plans to move to Switzerland. They are moving to Crypto Valley or Zug in Switzerland where they can utilize the decentralized Swiss political system to the full.

Binance has also shocked many crypto enthusiasts with their move to Malta. The prime minister of the nation made it clear that the country must position itself as an ideal environment for digital money organizations. Both Malta and Zug will go head to head to see which innovation will rule the world.

The most shocking news comes from the arrangement of Kakao to move to integrate blockchain technology in its business.

More and more businesses are expected to follow suit unless the cryptocurrency ecosystem becomes friendlier in Asia.  The booming crypto industry can thrive where it isn’t choked by regulation but encouraged.