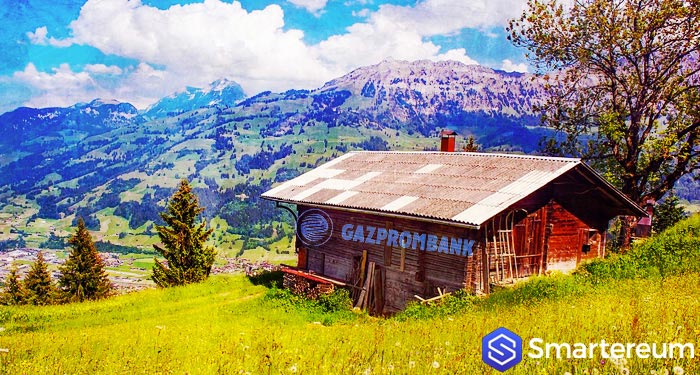 The third largest commercial bank in Russia, Gazprombank, has commenced its plans to conduct crypto transactions in Switzerland later this year. It is a part of the pilot program and will be conducted by its Swiss subsidiary.

The bank’s deputy chairman, Aleksandr Sobol stated that the bank decided to test crypto deals due to the high demand from many private clients.

He said that it would not be done on a large scale as it is mainly to satisfy the demand from private clients.

As reported previously, Sberbank recently established a blockchain lab in the Swiss country to test their blockchain projects. In January this year, the bank said it has over twenty blockchain-based pilot projects still in the works.

Currently, Russian regulators are drafting regulations to this effect, and the final law will be passed in July, legalizing and setting guidelines for ICOs, crypto mining, and Blockchain technologies.

Even though the Russian president has expressed skepticism about the virtual currency market and bitcoin since they aren’t regulated or backed by the central bank, he has changed his stance. The ballooning demand and market may be responsible for this change of heart.

The country plans to develop its cryptocurrency known as CryptoRuble to circumvent the economic sanctions of the US.

Russia Plans to Be Cryptocurrency Powerhouse

Crypto mining has bourgeoned in Russian. The president’s internet ombudsman, Dmitry Marinichev, is presently overseeing the development of a mining center, which will help transform the region into a cryptocurrency powerhouse.

Marinichev has invested $10 million with his partners into the mining center. It has also raised up to $43 million through its initial coin offering.