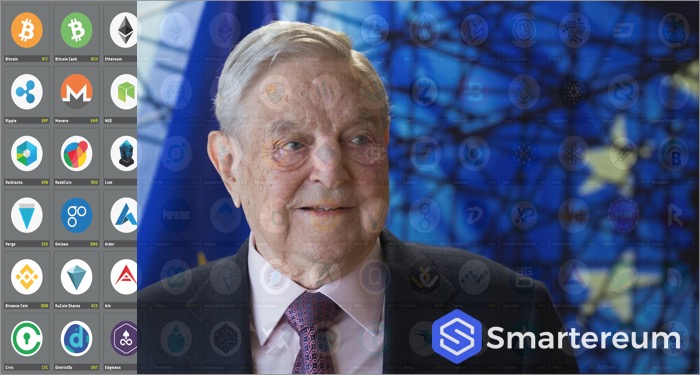 George Soros is planning to invest as cryptocurrency prices plunge.
Earlier in the year, Soros described digital currencies as a bubble. Now, his firm has given approval to their global macro investing team to start a cryptocurrency trading account.

Bloomberg reports that, Adam Fisher, who oversees this team in New York is yet to make a wager despite having internal approval to trade cryptocurrencies.
In the World Economic Forum which held at Davos, Soros stated that digital coins could not work as real currencies because they are volatile. However, he did not predict the hard fall as forecasted by some observers at the time.
Soros no longer gets involved in the daily running of the Soros Management Fund. Therefore, it is quite unlikely that he was involved with the decision of his firm to trade crypto.
In January, he said “As long as you have dictatorships on the rise you will have a different ending because the rulers in those countries will turn to Bitcoin to build a nest egg abroad,”
Since the comments were made, bitcoin has dropped by 41 percent. The dramatic drop in the past few months has made investors skeptical about trading it. Some even shelved their plans of launching a crypto fund. One of such people is mike Novogratz, former hedge fund manager who planned to launch the fund in December last year. His efforts have been shifted to a merchant bank that focuses on ventures based on cryptocurrencies and digital currencies.
Alan Howard made some large personal wagers in crypto last year. He plans to use more of his personal funds to continue to purchase digital assets.
Currently, investors are facing the possibility of intervention from the governments. Central banks all over the globe are investigating the risks and benefits of cryptocurrencies. At the same time, regulators in one of the globe’s busiest bitcoin markets, South Korea are banning such trading following allegations of fraud.