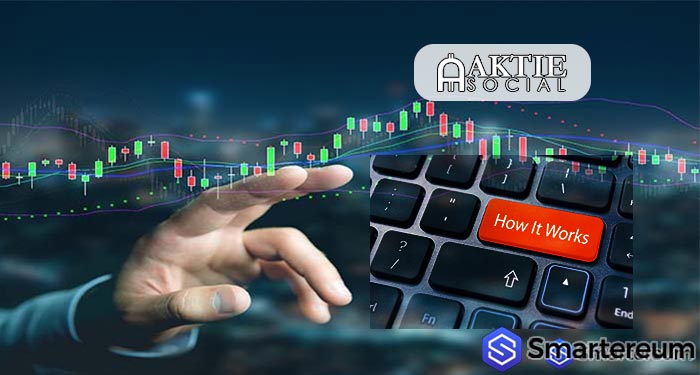 Aktie is one of the recent revolutionary ICO coin offerings designed as an end-to-end social media forum with every feature that any next-generation social media channel claims to have. This platform claims to do everything including content creation, and curation as well as liking, posting, sharing, and commenting. In fact, it is safe to conclude that (according to the company) the best part of this platform is that Aktie is an enabler that will allow you to earn revenue from other social media forums (especially those that have the Aktie enabler as well).

The platform includes P2P transfers, chat, trade, and shopping. The company claims that all of this is offered in transparency. Thanks to smart contracts, it isn’t a big deal to sustain a high rate of transparency through the network. That is, users can transfer their ownership of any asset in crypto with the aid of smart contracts. Speaking about the exchange, this ICO platform has its native network for trading (Aktie gas) a type of currency required to run ads via the network.

When you judge by its range of operations, it seems like one of the most robust, and empowering ICO coin offerings that accelerate the social media ecosystem by encouraging users to make a new stream of income for themselves. The income according to the company comes not just from Aktie but alternative social channels. A user will earn his or her Aktie gas for each moment they spend on social media networks. After which they will be able to trade the Aktie gas or Aktie coins.

To conclude, Aktie appears to be a revolutionary crypto project that will upend the social media ecosystem. Overall, it is a platform that seems to rightfully revolutionize a new collaborative mechanism for the control of plagiarism and piracy on all social networks. It is bent on focusing on content creators and curators so that they end up getting due credits and shares.