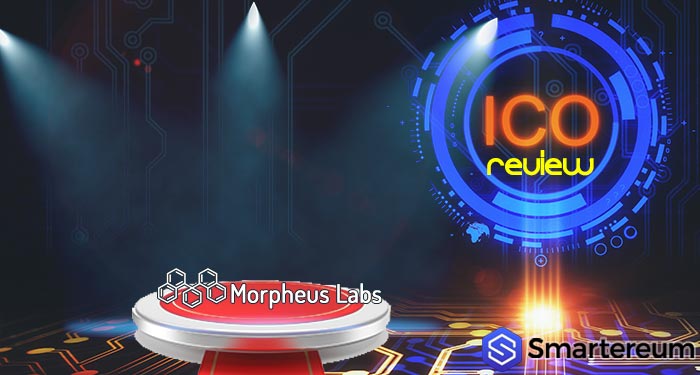 This is one of the new ICO offerings available on the crypto space. It aims to develop an enterprise-grade platform on the Blockchain. It will have a Blockchain app marketplace, which enables institutions to build and operate distributed ledgers.

This project may offer organizations access to a platform, which allows them to build, test and manage their blockchain applications with different blockchain protocols. This will help them achieve cost efficiency, rapid prototyping as well as a fail-safe environment.

The ICO will support distributed hosting mainly for blockchain network nodes as well as off-chain apps while offering a centralized platform for building, managing and controlling Blockchain networks.

This ICO’s team may be available to provide turn-key solutions to businesses. It will also feature a simple dApp library that shortens time and reduces costs of deploying an application.
Morpheus Tokens and uses

The tokens are called MITx tokens, and they can be used in the Morpheus BPaaS network. It is used to pay for products and services, distributorship licensing, platform subscription and token swaps with other virtual currencies.

The core members of this ICO team are ten in number. Some of them include:
Chuang Pei-Han, CEO
Bruce Lu, CTO
Dorel Burcea, CIO
Branson Lee, Co-Founder

This may be one of the new ICO offerings that can attain substantial upside since it is launching its ICO in the bear market. It is also quite compelling because of the low hard cap.
Also, it is important to note that an experienced team is leading the project. They have developed blockchain apps for businesses in the past. So, despite the tough competition in this field, they may have a good chance of success in their niche area. Follow up their progress and research independently before making any decision.