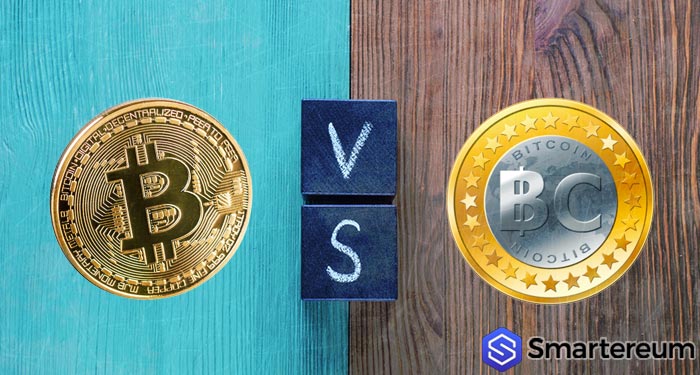 What is the Difference Between Both Cryptocurrencies?

The major difference lies in the ranking of priorities. The primary aim of the Bitcoin community is to keep the network as decentralized as possible so it will remain permissionless, high censor-resistant, and, public. Enabling cheap and fast payment is a secondary priority. On the other hand, the primary aim for Bitcoin Cash is to enable cheap and fast payments. Maintaining the decentralized, permissionless system of the network is secondary.

Bitcoin and Bitcoin Cash are both competing to be the only perpetually existing Bitcoin. However, there is no way to determine their future valuation as cryptocurrencies are volatile.

The decentralized architecture of Bitcoin is what makes it high-censor resistant, public, and, permissionless. The moment it loses its decentralized nature, it will be nothing but another inferior centralized currency.

People in the cryptocurrency community are already against accepting Bitcoin as the trojan horse following its new Segwit upgrade. Statistics have shown that this Segregated Witness upgrade, is the most irresponsible and radical upgrade on Bitcoin in the past eight years. It places miners in an unfair and difficult position pressuring them into enforcing contentious and complicated changes to the Bitcoin protocol without the consensus of the community. It has not helped to improve Bitcoins scalability or even its high transaction costs.

Some industry experts believe that Bitcoin Cash is a better representation of what Bitcoin was originally meant to be compared to Bitcoin.

Only time will tell. Will both Bitcoin and Bitcoin Cash stand? Or will one eventually overshadow the other?