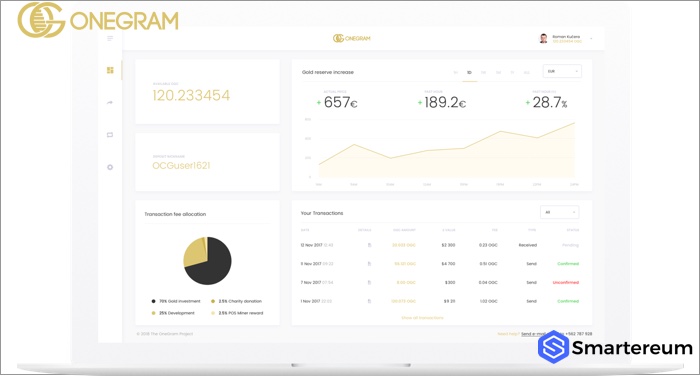 Blockchain startup, Onegram is seeking to lure Islamic investors into cryptocurrencies through its gold-back Onegram coin (OGC) which it says is sharia-compliant.

The Islamic view towards cryptocurrencies

As interest in cryptocurrencies spiked, so did the debate whether they complied with the Islamic faith or not. Sharia principles do not allow conventional financial practices like paying interests or trading speculative financial products. Another point of contention is the fact that cryptocurrencies are not based on any physical asset whereas Islamic principles favor asset-backed economic

This debate would determine if cryptocurrencies are included in Islamic banking and other sharia-based financial processes. Ziyaad Mahomed, chairman of HSBC’s Sharia Supervision Committee told Reuters that “there is so much to talk about and so little certainty in the way crypto will be playing out.” This according to him, is “one of the biggest difficulties” facing the approval or disapproval of cryptocurrencies. Other challenges include the peculiarities of the several coins which make it impossible to have a law that suits all at the same time.

A couple of cryptocurrency startups have tried to present cryptocurrencies as a being in line with Islamic principles. It is not uncommon for these startups to seek counsel from Islamic experts prior to their ICOs.

Onegram: “In gold we trust”

Onegram has looked no further than gold as an asset to back the Onegram coin and the founder, Ibrahim Mohammed gave an idea why. He once said that “gold was among the first forms of money in Islamic societies so this is appropriate.” Each unit of the OneGram coin is backed by at least one gram of gold stored away in a vault.

In a similar project, HelloGold received backing from Islamic advisors to launch an ICO for its gold-backed crypto last year.

While he worries about Onegram being Shariah-compliant, there may just be a debate about it’s the right to be called a cryptocurrency.

Asset-backed cryptos are widely dismissed by avid crypto supporters as a sellout since it goes against a major characteristic of cryptocurrency—the lack of intrinsic value. That said, several asset-backed cryptocurrencies have started popping up to solve the “speculation problem” associated with bitcoin and to encourage a more mainstream adoption.

Onegram is one out of several gold-backed coins including ZenGold, OZcoinGold, Digix, HayekGold, OroCrypt, OroCoin, Royal and Mint Gold. Other assets other than gold, are also being used to back digital currencies; oil-backed Petro issued by Venezuelan president easily comes to mind.

Predominantly Muslim countries like Saudi Arabia and UAE have not banned cryptocurrencies. They have no problems with the blockchain technology on which cryptocurrencies are developed with Dubai working towards a blockchain government.

What do you think of asset-backed cryptocurrencies?