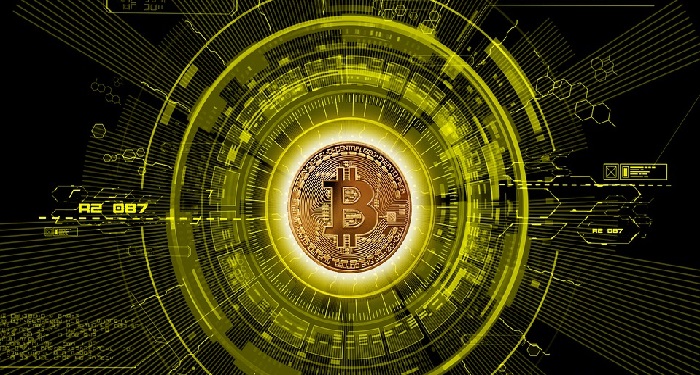 There is a rise in the understanding of blockchain technology and the many ways it can be applied. This time, an Indian company is partnering with the government of Andhra Pradesh (AP) to design a blockchain database for collecting and storing data of its 50 million citizens.

Mr. Chandrababu Naidu, Chief Minister of Andhra Pradesh, India’s eighth-largest state announced that it has signed a partnership with Shivom, a Germany-based private firm that deals in genomics and precision medicine to develop this revolutionary technology.

Chief Minister Mr. Chandrababu Naidu while speaking on the partnership reported that this blockchain based technology would improve predictive medicine in India. The governor also explained that adopting this new technology is in continuation of the country’s drive to utilize new-age technology on a large scale in India. Other application of blockchain technology includes digitalizing the land registry system and also to tackle identity theft.

A new development center located in Fintech Valley, Visakhapatnam would be established by Shivom. The facility will work closely with India’s International Institute of Digital Technology (IIDT) at Tirupati on cybersecurity and analytics.

This technology works by Genome sequencing which is the process of determining the complete DNA sequence of an organism. This helps scientists study different gene variations and their links to diseases while blockchain is a perpetually growing block of digital ledgers linked together securely.

Participant in the new technology will submit their genome samples like saliva swaps which will be processed at the Shivom facility. The collated data will be stored in an encrypted form in a secret vault accessible to Shivom’s staffs alone. Although anonymous genomic data stored in the cloud will be made accessible for research purposes.

A team of biologists and computer scientists agrees that the computing requirement for genomics will be enormous as sequencing costs would be reduced and more genomes are analyzed.

Axel Schumacher, co-founder, and CEO of Shivom, explained that “the more DNA sequences are available, the better we can understand genetic diseases that may only affect certain groups of people and improve the preventative medicines available,”

With the current palpable fear in the government having access to citizen’s genetic data, the Government of Andhra Predesh explains that people have nothing to fear about as the technology is safe, immutable and secure. Although he did noted that testing for citizens will be optional.

India is currently pioneering cutting-edge technology based on the blockchain system. Recently, it signed an agreement with the Monetary Authority of Singapore explore joint opportunities in the field of blockchain technology.

The memorandum of understanding which was signed between both the institutions enables joint innovation on blockchain-based applications. It was not just limited to blockchain but also included other technologies like big data as well as mobile payments and digitization.

An Indian group of experts plans to use blockchain technology to prevent the sales and supply of counterfeit drugs. The National Institute of Transforming India (Niti Aayog) backed by the Indian government is working on a blockchain Proof-Of-Concept (POC) to combat the menace.

According to the publication by Factor Daily, an Indian news outlet, the Niti Aayog group wants to place the entire drug inventory in India on a blockchain system. This move is the latest on a series of efforts to put a stop to the prevalent counterfeit drug trade in India. The system Proof-Of-Concept should be ready by December this year.

Speaking on the this latest development, the Director General of Indian Pharmaceutical Alliance – an Indian medical lobby group said that the idea is a welcoming one consider that “Fake drugs are a concern and if blockchain can help the industry get rid of the problem we are up for it.”

Fake drugs are a big problem in India. World Health Organisation (WHO) puts that one in every five drugs manufactured in India is either fake or substandard. Also, a New York Times article reveals that India is the second largest top seller of counterfeit medicine globally. The fake drugs market is estimated by Market Place to be $75 billion dollars as at 2014.

Using Blockchain in Combating Counterfeit Drugs: How It Works.

The Proof-Of-Concept works by using a unique identification code merged with every individual drug produced in India. The entire supply chain the drug would pass through can then be tracked using Blockchain. Since the blockchain system is immutable and impossible to manipulate, the whole stage from manufacturing, shipping and destination can be archived securely. For information purposes, buyers would be able to scan the QR code on the drugs using a smartphone to verify the data about that particular drug.

Industry experts are worried that putting the country’s entire drug inventory on blockchain could result in at least 25% production losses due to insufficient packaging capacity. This concern the Niti Aayog group said can only impact the market for only a short period.

The adoption of blockchain technology is gaining pace in India as it is all over the globe. Last week we reported that an Indian company is partnering with the government of Andhra Pradesh (AP) to design a blockchain database use for collecting and storing DNA data of its estimated 50 million citizens.