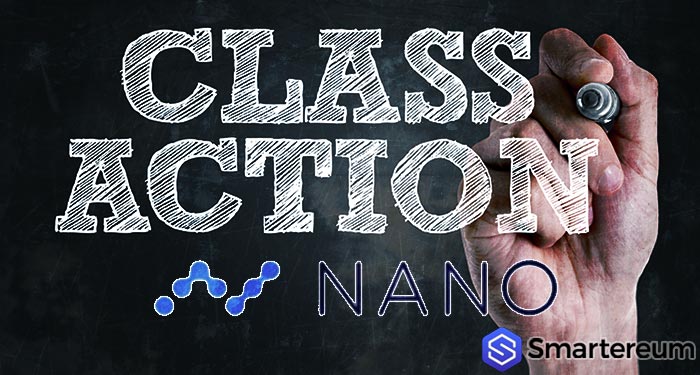 A recently filed class action suit against NanoCore asks for a hard fork. On February 9, the cryptocurrency exchange told the public that about 17 million XRB, representing 80 percent of the total XRB on the virtual currency platform and worth $170 million, had been transferred from its possession via unauthorized transactions.”
The Suit
Submitted to the US District Court for the Eastern District of New York filing, dated April 5, the suit lists BitGrail client and Arizona resident Alex Brola as lead plaintiff. While NanoCore developers Mica Busch, Colin LeMahieu and Zack Shapiro along with the company’s Public Relations Specialist Tony Retzer and Nano itself made up the list of defendants.
The suit accuses the defendants of theft insisting that under their watch and based on their assistance, instructions, and promotion, BitGrail nearly became the undisputed and exclusive haven for XRB. The plaintiff claimed that the XRB tokens accounted for most of the trading volume of the cryptocurrency exchange. The defendants ultimately blamed BitGrail’s security for the issue. The hard fork requested, would eliminate the ‘missing’ XRB and reissue equivalent tokens fairly to compensate the plaintiff for all XRB that was lost due to the theft.

The plaintiff is also requesting the return of all cryptocurrency they paid due to the Defendants’ unlawful business practices. The suit also requests for various other damages and the return of tokens still on the platform which can’t be withdrawn (because account activity had been suspended by the exchange) to their rightful owners.
How the court will receive the plaintiff’s arguments remains unclear. A hard fork, on the other hand, raises many questions: for example if after the theft, the stolen tokens were purchased by non-criminals who weren’t aware of the heist, will it be justifiable to eliminate the tokens of such parties? If the judge had to issue a ruling requiring a network split, will entities running nodes fall short under such ruling if they didn’t support the forked chain?