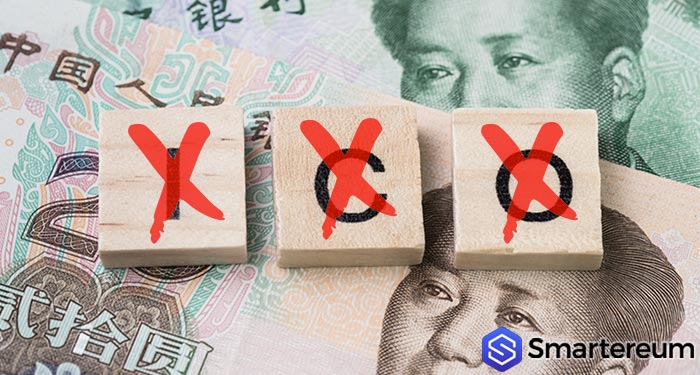 The internet shopping site owned by Alibaba has updated a list of various goods and services banned from its platform including cryptocurrencies and related ICO’s.

Taobao released the update on Tuesday and formally banned stores on the platform from offering services related to latest ICO offerings such as marketing, technological development, and business proposal writing.

The update becomes effective on April 17. The rules come from the present self-regulatory scope of the platform from a previous ban on sales of virtual currencies to any product or service that is linked to the blockchain technology.

Taobao cited the clampdown on ICOs by a Chinese bank last year and stated that any violation of the rules would be met with a sanction.

In recent times, Cryptocurrencies have emerged as alternative to fiat payments and welcomed by several merchants and customers.

Remarkably, several services associated with ICOs are still active among stores on the platform despite the ban last year. Many of these stores helped ICO projects draft white papers with fraudulent information.

Presently, searching the word ‘whitepaper’ in Chinese characters still lead to Taobao stores that provide whitepaper copywriting services for ICO and blockchain fundraising activities. However, these stores now disguise their terms and rephrased it to I.CO to confuse search engines.

The platform’s new rules make it the most recent internet platform to pull back from providing a stage to blockchain and ICO related projects. This follows the recent ban on crypto related ads by various social media giants like Facebook, Google, and Twitter.

Taobao is an online shopping site in china with its headquarters in the same country. It is also an Alibaba Group subsidiary. It enables consumer-to-consumer retail and it provides a platform that small businesses and entrepreneurs can use to open online stores which cater to people in the Chinese speaking regions.