Smartereum
Home Cryptocurrency What Is the Difference between Altcoins, Tokens, and Coins? 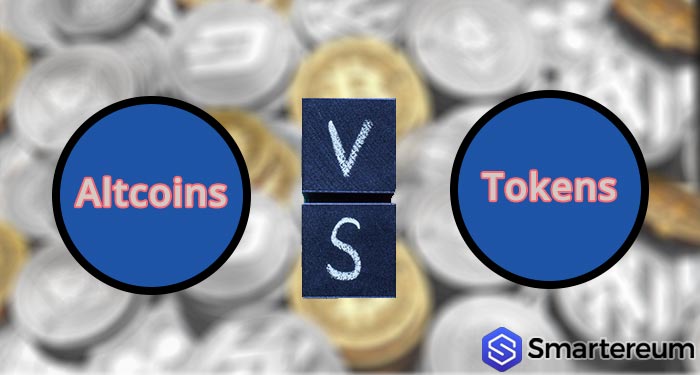 A coin is a cryptocurrency whose fundamental purpose is to serve as an alternative to money. They bear the traits of money such as a medium of transfer, a store of value, and a unit of account. Bitcoin as well as Zcash, Monero, and Litecoin are all coins.

The utility value of a coin is limited in comparison of the coin to a token, but the coins offer an ecosystem that is more mature and better. They are also very easy to understand because they are just used in the place of money.

On the other hand, tokens are cryptocurrencies that often provide utility, and they function with the help of already existing blockchain such as Ethereum. ETH stands in the line between being cryptocurrency and a token; this is because ETH is used as a store of value, a unit of account, and an alternative to money.

But it has other uses, as it is used to pay for computations and transactions on the Ethereum blockchain. When stake proof is implemented in the future, ETH will be used for mining.

We hope these simple definitions have answered your questions.