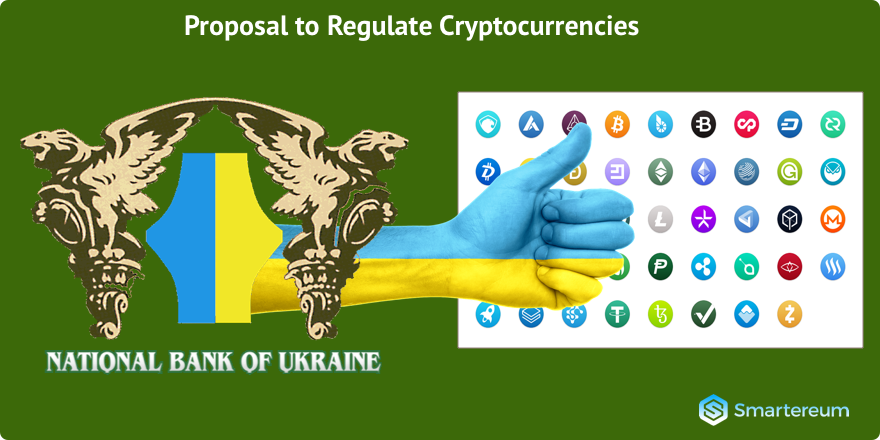 Lawmakers in Ukraine are set to decide on a bill proposed to regulate cryptocurrency in the country. Ukraine’s parliament, Verkhovna Rada received a first draft of the cryptocurrency bill on October 6, 2017. The bill, initiated by a group of five deputies, would define cryptocurrencies and determine how they would be treated.

First, the bill defines basic terms related to cryptocurrency and its operation. It defined cryptocurrency as “a program code subject to property laws being the subject of exchange contracts, data on which is recorded in and stored on a blockchain system”. By this, it does not see cryptocurrencies as an actual currency but as a means of exchange.

Konstantin Yarmolenko is the advisor to the head of Ukraine’s State Agency for E-Governance and a strong advocate for blockchain development in the country. He believes that “the lawmakers have made one dramatic mistake. They made the National Bank responsible for regulation of cryptocurrencies, even though the regulator itself has stated on numerous occasions that cryptocurrency is not a currency, and therefore, is not a part of its jurisdiction.”

The bill empowers the National Bank of Ukraine to set out procedures for creating and operating cryptocurrencies and exchanges. It does not, however, guarantee that the State would own any such exchange platform itself.

The bill further suggests that cryptocurrency miners and exchanges would be taxed which is in line with current tax laws.

Documentation on the parliament’s official website shows that the bill was sent to the committee on 9th October and published for familiarization the following day.

The Law is expected to take effect three months after publication.

In an interesting twist, Sergey Rybalka lawmaker from the Radical Party initiated an alternative cryptocurrency bill on October 10. Among other things, the bill defines cryptocurrency differently from the other. It reads

“Cryptocurrency is a decentralized digital measure of value, may be expressed digitally, and functions as a means of exchange, value conservation, or an accounting unit based on mathematical calculation, is a result thereof, and has a cryptographic protection of accountancy. For the purposes of regulation, cryptocurrency is a financial asset,”[/perfectpullquote]

Rybalka believes the provisions of the bill would kick-start discussions in a relevant committee of the parliament.