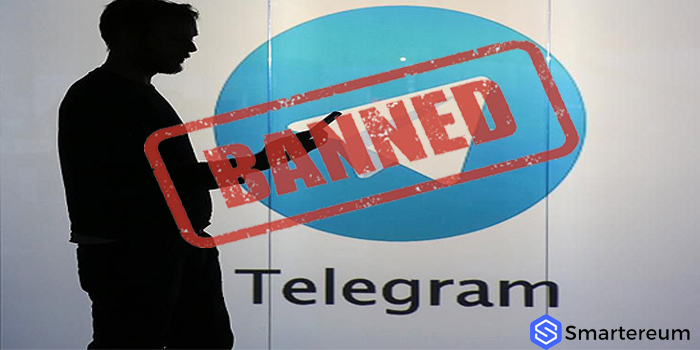 One of the leading instant messaging service companies, Telegram, has been blocked from carrying out its operations in Russia weeks after a highly successful initial coin offering (ICO) which raked in $1.7 billion. The ban came as a result of its refusal to give Russian intelligence authorities access to its user encryption keys.

Following the refusal by Telegram to provide the keys to its encrypted message services, the Tangansky court in Moscow on Friday 13th of April moved to ban the messenger app from operating in Russia.

The court ruling headed by Yuliya Smolina heeded to the application of the Russian Communications regulator Roskomnadzor to deny users access to the Telegram app citing failure to comply with local legislation. Though the Russian authorities have instructed all Internet Service Providers in Russia to comply with the court ruling, the court decision could still be appealed within a 30 days period.

Telegram to use Blockchain to Power Transactions

After it developed its own blockchain platform which was unveiled on April 13, Telegram has become the main dependable encrypted messenger for the Russian cryptocurrency industry.

In defiance of the ruling, Telegram owner and founder Pavel Valerievich Durov, who also the owns VK.com –the, he said that Telegram would attempt to by-pass the block with built-in techniques. He wrote on his VK page: “The power that local governments have over IT corporations is based on money. At any given moment, a government can crash their stocks by threatening to block revenue streams from its markets and thus force these companies to do strange things (remember how last year Apple moved iCloud servers to China). At Telegram, we have the luxury of not caring about revenue streams or ad sales. Privacy is not for sale, and human rights should not be compromised out of fear or greed.”

Regardless of the ban, Durov announced on Tass (Translated from Russian) that Telegram would still be able to notify its Russian users about the situation. Russia isn’t the only country banning the use of Telegram app, In China, the app has remained block since 2015 following a series of anti-government protest which was conducted using Telegram. Iran has also banned the Telegram service although it was later removed on January 13. Other countries to have blocked the app or its services includes Saudi Arabia, Pakistan, Indonesia, and Bahrain.

Telegram was launched by two brothers Nikolai and Pavel Durov back in 2013 and the team is currently based in Dubai with an estimated 200 million monthly active users as of March 2018. Over the past few years, Telegram has been faced with security concerns since it became the most preferred app by the Islamic State of Iraq and the Levant (ISIS) and as at October 2015, had 9000 followers on their official Telegram channel.

Though it blocked about 78 channels operated by the terrorist group, their privacy policies were not satisfactory for the international security community. In June 2017, the Russian media supervision agency, Roskomnadzor warned of an intention to ban the instant messaging app company which it has carried out this month.

Though the Russian authorities have instructed all Internet Service Providers in Russia to comply with the court ruling, Telegram can still appeal the court’s decision within a 30-day window.