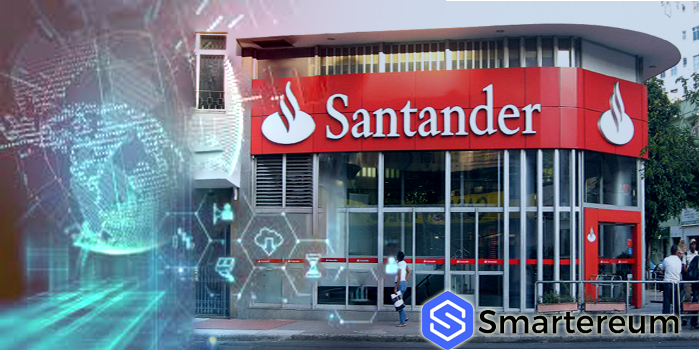 Banco Santander, a Spanish-based leading retail and commercial bank has launched the first blockchain-based international money transfer services called Santander One Pay FX. The services are available in four countries Spain, U.K., Poland, and Brazil to retail customers. In the coming months, the service would be extended to other countries.

Santander’s One Pay FX would allow customers to quickly transfer funds internationally in one day, the payment service was built on blockchain technology developed by Ripple. Apart from its speed and flexibility, One Pay FX would also allow the funds sender to know exactly the amount the receiver would be credited in the destination’s currency.

The banks Executive Chairman Ana Botin in a press release noted that “One Pay FX uses blockchain-based technology to provide a fast, simple and secure way to transfer money internationally – offering value, transparency, and the trust and service customers expect from a bank like Santander.” He further explained the primary aim of the One Pay FX service. “Our goal is to help the thousands of people who use international payments services every day, and we will be adding more currencies and destinations in the coming months.”

According to the press release, One Pay FX uses the xCurrent enterprise software solution designed by Ripples. The software allows different banks to transact and message each other in real-time, it also uses an end-to-end tracking system to initiate and authenticate delivery before terminating the transaction.

Ripple believes that its cross-border banking solution would lower the total cost of funds transfer. “The solution is specifically designed to meet the needs of banks by fitting within their existing risk, compliance and information security frameworks.” Ripple also noted that when installed, the software would interface with the bank’s systems for seamless operation.

In 2015, Santander invested a lofty sum of $200 million fintech ventures capital fund “Innoventures” on Ripple. Through the ventures fund, more than 20 startups that have benefited have various technology demonstrators focusing on artificial intelligence, big data, the blockchain, payments, financial advisory, SME and automobile finance or mortgages.