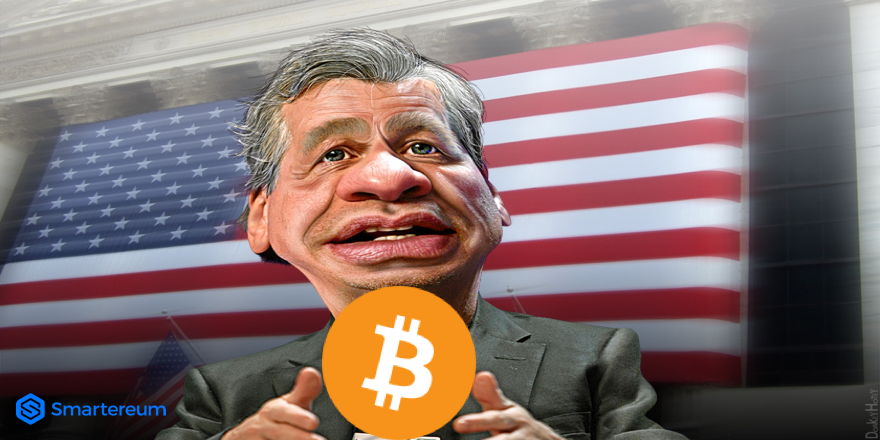 CEO of JPMorgan Chase & Co, Jamie Dimon has spoken against, the bitcoin yet again. His latest remarks come barely 24 hours after he made a promise never to speak about the cryptocurrency. Given how outspoken he has been about Bitcoin, only few would be surprised that he couldn’t resist the lure to answer the ‘B’ question.

The Annual Meeting of the Institute of International Finance (IIF) in Washington became his latest platform to express his skepticism towards the cryptocurrency. In his usual manner, he was just short contemptuous when he referred to buyers as “stupid”.

Jamie will sack you

The billionaire CEO had last month said he that would sack any JP Morgan staff who traded bitcoin. In a counter-action, Eidoo a Cryptocurrency Exchange took out a page on Wall Street Journal to poke fun at his remark. The ad read, “Maybe Jamie will fire you. But you are free to trade in the crypto-world.

Dimon expects governments to hinder the rise in virtual currencies. “Governments are going to crush it one day. “Governments like to know where the money is, who has it and what you’re doing with it”. He was sure to reference the ban in China.

Who cares about bitcoin?

At the IIF meeting attended by top financial minds, Dimon asked: “Who cares about bitcoin?” Backed by strong demand, the price of bitcoin has soared in recent days surpassing the $5,200 mark for the first time. So, who cares?

One organization strongly believes Dimon’s remarks are intended to mislead people and wouldn’t stand idly by. Blockswater, an algorithmic liquidity provider for blockchain-based assets, has filed a formal complaint to regulators against Dimon. They are claiming Dimon was spreading false and misleading information” about cryptocurrencies when he made remarks on yesterday (September 12). This is according to City AM.

Dimon was, however, all praises for the Blockchain technology which underlies the bitcoin cryptocurrency. He also suggested that a fiat digital currency on the blockchain would also be welcome, citing Japans acceptance of cryptocurrency.

Dimon renewed his promise not to discuss the bitcoin topic again. He declared. “This is the last time I talk about bitcoin”. We wouldn’t be counting on that, would we?