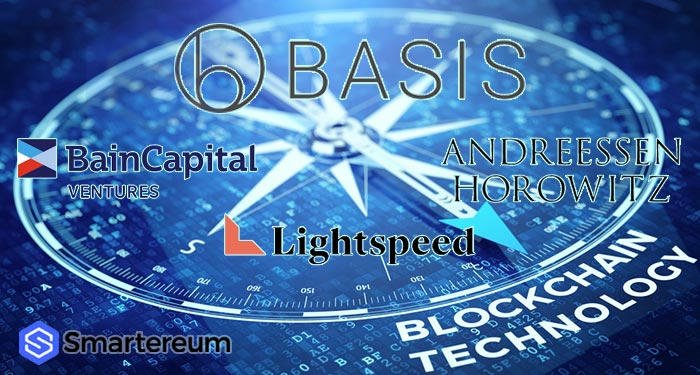 Some of the biggest private equity firms in the world, including Bain Capital Ventures, Google Ventures, Andreessen Horowitz, have joined hands to back Basis Cryptocurrency (formerly known as Basecoin) with $133 million in funding. Basis aims to create the first Price-Stable crypto central bank.

What Is Basis Cryptocurrency?

At a high level, Basis Cryptocurrency aims to become a blockchain-based crypto central bank. In a blog post, Basis CEO Nader Al-Naji explained the motivation behind creating the company. Basis will to attempt reduce the volatility that is currently seen in the price of cryptocurrencies. He explained:

[perfectpullquote align=”full” bordertop=”false” cite=”” link=”” color=”” class=”” size=””]Imagine you’re paid a salary of 1 Bitcoin per month. If the price of Bitcoin drops, you might not be able to make rent. If it rises, your employer won’t be able to afford your salary. It’s simply not a reliable means of payment.[/perfectpullquote]

Basis will mimic the role of central banks in monetary policy to mitigate the volatility in cryptocurrency. Just as central banks around the world, Basis will have an expanding and contracting supply, just like a fiat currency. This will give it the benefits of cryptocurrencies along with the stability of fiat. The white paper on their website has all the details.

Why Should You Care About A Crypto Central Bank?

While most of the developed world has enjoyed low inflation for decades, other parts of the world have not been so lucky. Venezuela may be the latest poster child for bad governance, with runaway hyperinflation approaching 2000%. That may certainly be the exception, but an annual inflation rate of 8-10% is a fairly common and, to a large extent, generally accepted phenomenon in most other developing nations.

Most people may not remember, but Satoshi Nakamoto’s original Bitcoin whitepaper was titled “Bitcoin: A Peer-to-Peer Electronic Cash System”. The first line states:

[perfectpullquote align=”full” bordertop=”false” cite=”” link=”” color=”” class=”” size=””]A purely peer-to-peer version of electronic cash would allow online payments to be sent directly from one party to another without going through a financial institution.[/perfectpullquote]

The intent behind Bitcoin’s creation was to solve the issues that regular currencies had. However, the extreme volatility in the price of the cryptocurrency has prevented its widespread adoption as “electronic cash”. It now serves more as another medium for speculative traders trying to make a quick buck.

If Basis is able to deliver on its promise, it has the potential of solving the problem of unstable currencies for billions of people in developing countries. And cryptocurrencies may well fulfill their promise after all!

So What Do Bain Capital Ventures, Andreessen Horowitz And Others Want?

Bain Capital, famously founded by former presidential candidate Mitt Romney, is no newcomer to crypto, having invested in CoinDesk’s parent company Digital Currency Group. However, the $95 billion private equity firm’s venture arm Bain Capital Ventures, led the round, along with Andreessen Horowitz, Lightspeed, INBlockchain, Ceyuan Ventures, Sky9 Capital, Stanley Druckenmiller, and many more, to raise the phenomenal $133 million. Given the level of funding, it is obvious that these companies strongly believe in the future of cryptocurrencies, and the ability of Basis to create a crypto central bank on the blockchain.

Basis CEO Al-Naji also mentioned receiving the backing of “major crypto exchanges, blockchain wallets, application developers, and economists”. With an impressive list of backers and a huge war chest at their disposal, one can’t help but wonder if this is the beginning of the blockchain revolution!