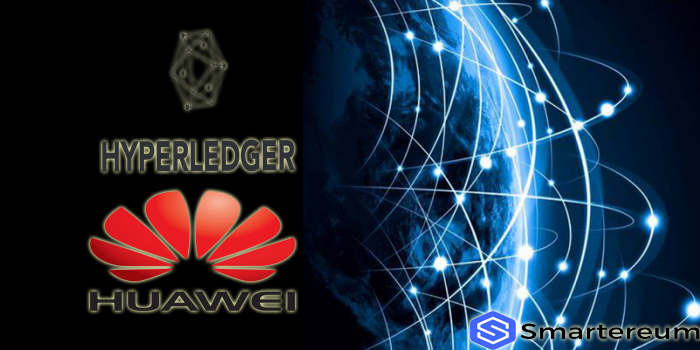 A member of, and contributor to, the Linux Foundation’s Hyperledger Blockchain Consortium since October 2016, Huawei has based its new BaaS solution on Hyperledger Fabric 1.0. This is  according to Hu Ruifeng, a Huawei engineer who also co-authored the project’s white paper ahead of the launch.

Popular technology company Huawei has recently unveiled its Blockchain-as-a-service (BaaS) platform this was announced at Huawei’s analyst conference held in Shenzhen on Tuesday. The new platform named “Blockchain Service (BCS)” was designed to enable businesses to develop contracts on the blockchain network.

According to information on Huawei’s official website the BCS, “is a high-performance, high-availability, and high-security blockchain technology platform service for enterprises and developers. It can help companies and developers create, deploy quickly and cost-effectively on Huawei Cloud. Manage blockchain applications.”

A member of the Linux Foundation’s HyperLedger Blockchain Consortium, Huawei relied on the successes gained from pain-staking research on the technology to design the new Blockchain-as-a-Service (BaaS). The first version of HyperLedger Fabric 1.0 was released to the public in July 2017.

The HyperLedger is a blockchain framework implemented and hosted by The Linux Foundation. The framework can be used as the basis for developing blockchain applications, due to its modularity the HyperLedger allows components like membership services and information sharing to be “Plug and Play.”

At the unveiling event, Huawei’s Chief Engineer Hu Ruifeng disclosed that the company has published a White Paper ahead of the launch. The HyperLeger Fabric 1.0 which is open-source would be available to the public for use in enterprise application development.

This new technology is the latest in a string of innovative blockchain-related technology built by Huawei. Recall that in early March, Huawei filed a patent application for a blockchain-related invention with China’s State Intellectual Property Office. The tech company proposed a verification system based blockchain to protect intellectual property rights for digital content in a peer-to-peer content distribution network.