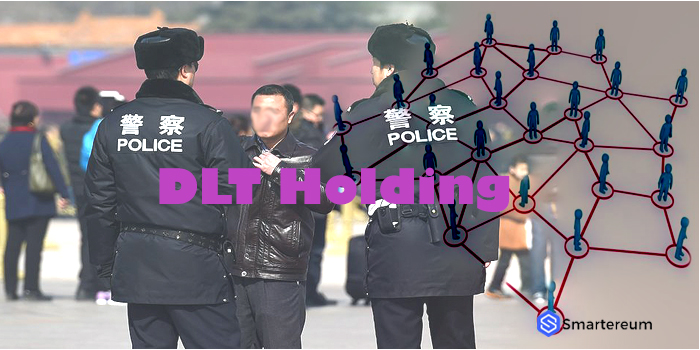 Operators of a nationwide cryptocurrency pyramid scheme in China have been apprehended by the police. The scheme has allegedly swindled about 86 million yuan ($13 million USD) from over 13,000 unsuspecting victims. The fraudulent scheme was uncovered by the Xi’An Police Department, the Economic Investigation Detachment in collaboration with the Public Security High-tech Sub-Administration and other departments.

Local news report by Huashang News has it that the founder of the scheme Zheng who is the primary suspect in the crime was arrested in the North-Western Chinese city of Xi’An alongside three other accomplices after months of rigorous police investigation.

According to the news report, the suspects used an altcoin called Da Tang Coin (DTC) offered by a fake Hong Kong-based company called DTC Holding. The investigation was launched after numerous residents of the city became involved in the scheme, after several reported monetary loses the authorities were notified.

DTC founder Zheng claimed that investors could earn as much as ¥80,000 yuan (~$13,000) profits per day if they can deposit ¥3 mln ($480,000) upfront in purchasing its DTC coin at a rate of $0.50 per token. After the investigation, Xi’an’s Public Security Bureau’s Economic Investigation Detachment discovered that the fraudsters would scatter the acquired funds into several bank accounts; this bear the marks of an MLM’s capital flows.

This is not the first time the Chinese Police is intervening in fraudulent activities involving cryptocurrency, the Chinese Ministry of Public Security –the primary agency that supervises’s the country’s police force is increasing its efforts to crack down on financial crimes. In a statement published by the agency on January 19th, it disclosed that “it will take aim at pyramid schemes in the country, including those that purportedly involve cryptocurrencies in which participants are encouraged to sell some kind of product while also soliciting others to create sales networks of their own.”

Similarly, the Chinese police also disrupted a blockchain-themed conference which was taking place in Shanghai citing security risks on Thursday. The blockchain conference was stopped by the authorities following allegations that its organizers are invited a fake Initial Coin Offering (ICO).