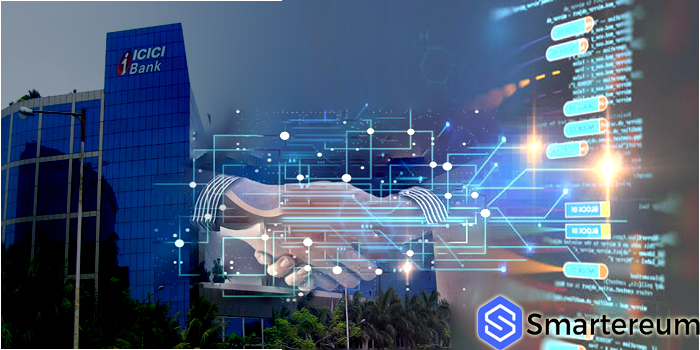 Indian-based prominent bank ICICI Bank has signed up more than two hundred and fifty corporations to its blockchain trade finance initiative for conducting domestic and international banking transactions. Among the over 250 organizations that signed up since the unveiling are leading companies in the country registered with Indian ‘S&P BSE 100 Index’, ICICI claims.

The ICICI platform is a system that, “digitizes the paper-intensive international trade finance process as an electronic, distributed and unalterable ledger, and gives the participating entities including banks the ability to access a single source of information. It enables all the parties- buyers and sellers across domestic & international locations, all branches and locations of ICICI Bank in the country and overseas, to view the data in real time.”

The ICICI platform was announced on Tuesday 17th of April on a 3-page publication (.PDF) on the company’s website, ICICI bank managing director, and CEO Chanda Kochhar revealed that it platform has “immense potential to simplify the document-intensive trade transactions.”

The blockchain application also allows banks to digitally track documents and verify client’s assets through a series of encrypted and secure digital contracts. It also allows each participant to check the status of their application of original trade document through an online secure network, the publication revealed.

The ICICI project was first initiated in 2016 to assist banks in cross-border remittance for purchasing raw materials, payment of bills and employee salaries. In that regard, the bank created the position of Chief Technology and Digital Officer to supervise the progress of the project. In August 2016, the ICICI bank began implementing pilot transactions in international trade finance and remittance using a Blockchain powered system in India.

One Pay FX uses the xCurrent enterprise software solution designed by Ripples. The software allows different banks to transact and message each other in real-time. It also uses an end-to-end tracking system to initiate and authenticate delivery before terminating the transaction.