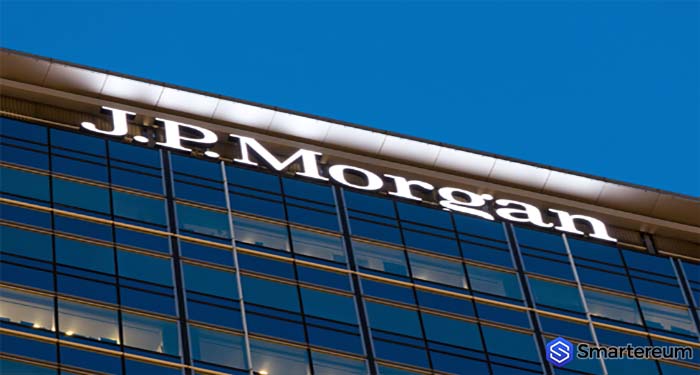 JPMorgan is diving deeper into the blockchain space. Not too long ago, the company announced that it would be debuting the JPM Coin which would be used to facilitate financial transactions among its clients. Now, reports show that the company is currently speeding up its pace and channeling more resources into the blockchain team in charge of testing AZTEC, an Ethereum zero-knowledge proofs protocol.

The Zero-knowledge protocol, AZTEC, allows a user to determine if a statement about certain data is true without revealing the data. It is one of the many privacy solutions available for blockchains that aren’t privacy-centric like Ethereum. This way, companies that want to use the blockchain but are worried about the privacy status can activate the protocol. Not too long ago, JPMorgan debuted a private blockchain, Quorum.

The AZTEC protocol doesn’t just hide certain data, it also reduces the cost and boosts the efficiency of the blockchain when compared to other ZKPs. Speaking to the cryptocurrency news outlet, CoinDesk, the CEO of AZTEC said that the technology is being tested by JPMorgan. An insider at JPMorgan confirmed the information stating that JPMorgan is considering using AZTEC as the zero-knowledge proofs for Quorum.

Using AZTEC on Quorum is a bit contradictory. This is because Quorum is a permissioned blockchain and AZTEC is a privacy protocol meant for public blockchains. The idea behind it is to bridge the gap between public and private ledgers. According to the CTO of AZTEC, Dr. Zac Williamson, the protocol tackles the privacy issue in a different way than Quorum. In his words:

“[Quorum] uses kind of permissioning to create a level of privacy,” noted Williamson, “We are public, so how do you do transactions when there is no special overseer or individual institution which has privileged access to data?”

AZTEC uses special zero-knowledge proofs known as range proofs to make the privacy more efficient than Quorum. These zero-knowledge proofs don’t require too much computational power when compared to the regular ZKPs. Other cryptographic commitment schemes are added to make it more efficient. With the AZTEC system, the user will send the ZKP which proves that the amount imputed is the same as the amount in the output. With this information, you will not need to know what is contained in each note. The only thing you need to know is that the transaction is mathematically legitimate.

Unlike other ZKPs, AZTEC has significantly lower processing cost on Ethereum. Also, the throughput is about a tenth of the typical Ethereum 10-30 TPS. However, the startup behind the ZKP says this will improve after the next upgrade. According to Williamson, the goal at the moment is not to scale perfectly but to make transactions on the Ethereum blockchain as private as possible. The idea is to make sure it is contractually and legally possible to put data on a public blockchain like Ethereum.

With this privacy protocol, enterprises like JPMorgan, that had to develop private blockchains just because of privacy issues, will no longer need private blockchains. They will be able to store data and perform transactions securely on the public blockchain.