On July 3rd, renowned cryptocurrency exchange, BitBay announced that it has listed Monero and ZCash on the platform for the benefit of users. The announcement was made on Twitter. Anyone interested can trade Monero on BitBay. Apart from Monero and ZCash, the platform also listed coin pairs which include XMR/PLN, XMR/BTC, XMR/USD, ZEC/USD, ZEC/BTC, ZEC/EUR, XMR/Europe, and ZEC/PLN. 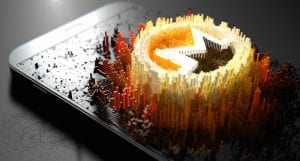 Monero on BitBay Increases Awareness of the Cryptocurrency

In 2014, BitBay was created for users who wanted to trade in Bitcoin and Litecoin. The platform was meant for the polish market. In 2015, a second version of BitBay was launched. The second version was more professional and offered a more user-friendly experience. It also listed Ethereum and Lisk for trading as well.

Monero (XMR) is currently the 13th cryptocurrency in the market per market capitalization and it was trading at $127.21 on Monday. Between Monday and now, the coin has grown to the $143 level. First, it went to $133.73 but it fell back to the $115.44. Yesterday, the bulls took over the market again taking the cryptocurrency back to $143.88. The listing on BitBay is going increase the adoption of the cryptocurrency especially for the polish market.

At the time this piece was written, Monero was trading at $137.67 and had a market capitalization of $2.2 billion. While the weekly chart shows a 3.76% fall in price, the price is still on the upside for now. The trading volume within the last 24 hours is $29.6 million.

Within the last month, the cryptocurrency exchange, BitBay, has announced the pairing of United Crypto Community’s (UCOM) and Mixin (XIN) to available fiat currencies. They included UCOM/USD, XIN/PLN, UCOM/PLN, XIN/EUR, UCOM/EUR, XIN/USD. While Mixin is in the 50th position in the rank of cryptocurrencies on CoinMarketCap, UCOM is way behind. Monero had proven worthy over the last few weeks even amid a bearish market.