Smartereum
Home Updates A potential Amazon cryptocurrency exchange: Everyone is wondering about this move (Amazon... 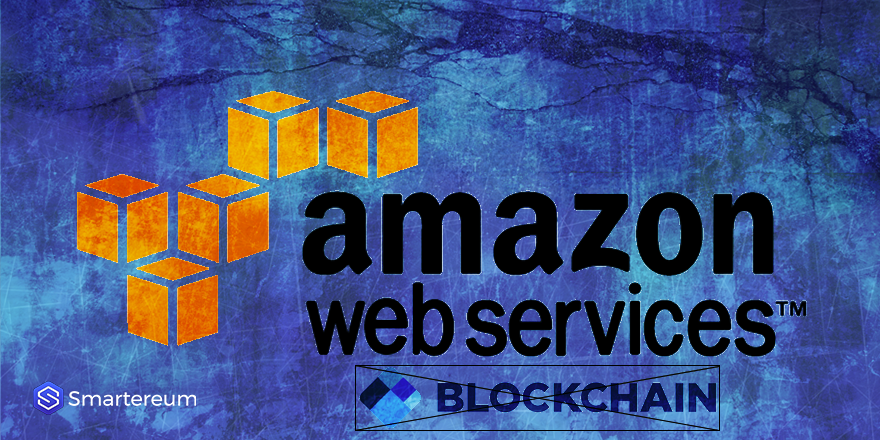 CNBC reported the domain registrations in November, following up on an original report from trade publication, DomainNameWire, prompting immediate speculation across social and online publications, that AMZN was preparing to accept cyptopayments on it’s platform. However, Souejdan provides a different take, writing, “when I took one look at these domain names, that is how they read to me. What would be the point of going out in registering a domain name like these if you were simply going to use one of the digital currencies on the website as a method of payment? A domain name is a placeholder for a bigger project than that and, the thought of Amazon exchanges was literally the first thing that popped into my mind when I saw the domain names. I literally said out loud ‘they’re going to set up exchanges’. ”

Souejdan follows up the ‘exchange’ premise with a speculative breakdown of how the company would monetize a potential Amazon cryptocurrency exchange, commenting that, “the notion of being able to take a fee off of every transaction in the future is, I believe, a promising runway for new revenue growth. In addition, the managing of exchanges is would be an extremely synergistic enterprise for Amazon as not only do they already have the massive computing power necessary to run their own exchanges and potentially mine for cryptocurrency themselves, but they are already one of the world’s largest marketplaces and the addition of cryptocurrencies to their arsenal would likely be a self-fulfilling prophecy that helps bolster the value of the cryptos that they would be transacting in. Using all of their resources to run a cryptocurrency exchange could be one of the best new runways for revenue growth that Amazon could possibly enter into at this stage in the game.”

The article concludes with the ValueWalk.com reporter also speculating on the potential for AMZN to acquire Coinbase, eventually competing with Overstock.com (NASDAQ: OSTK), while potentially allocating resources to mining cryptocurrencies, all resulting in increased “credibility of digital currency” space.

An Amazon Blockchain Does Not Look Imminent

Anyone waiting for an Amazon blockchain or any other blockchain tools will have to wait. Amazon Web Services (AWS) CEO Andy Jassy stated at the AWS re:Invent conference that the absence of blockchain technology was deliberate. According to the CEO, the company does not want to focus on a technology which is surrounded by so much hype. While many of the other companies are jumping the blockchain bandwagon but Amazon Web Services is planning to stay away from the blockchain technology for the time being. Other than this Jassy announced over 20 new features related to AWS. Moreover, there were plenty of mentions of the Internet of Things (IoT) as well as machine learning.

The CEO revealed that the absence of blockchain from his keynote address was actually deliberate, and not a mistake as the company planned to focus on other technologies rather than blockchain. He stated that a lot of their customers were trying to integrate blockchain with the AWS platform. He also stated that they were monitoring things closely in order to look at these developments. Also, he was of the opinion that these applications are pretty wide and niche for them to initiate. That is why currently they are just following the adoption of technology as well as the integration of technology with their platform rather than initiating the integration or developing the platform based on the blockchain technology.

According to the CEO, the current issues which are being solved or attempted to being solved with the help of blockchain can be solved with the help of other available technologies as well. That is why using blockchain is not a necessity. However, it remains to be seen whether this prediction by the CEO actually proves to be true or not. For the time being, the use of blockchain technology has been increasing rapidly.

As per different records over the web, it is now known that Amazon, the e-commerce giant, has registered 3 web domains which are related to cryptocurrency. This has resulted in speculations that the company may have plans to enter this market space. It may however be noted that currently no one is clear about the main purpose and use of the newly registered domain names by Amazon.

The three domain names that were registered on October 31 by the e-commerce company are ‘amazoncryptocurrency.com,’ ‘amazonethereum.com,’ and ‘amazoncryptocurrencies.com.’ The information provided on the registration documents, such as the phone numbers, etc., belong to the legal department of Amazon. However, no representative from the legal office has made any statements to the press about this registration, as yet.

The newly registered web domains are connected to a subsidiary company of Amazon.com, Inc., namely, Amazon Technologies, Inc. In the past, this subsidiary has mainly been involved with filings of patents by the parent company. The subsidiary company is headquartered in Sao Paulo, Brazil and specializes in logistics, computer, and software systems; conducting techno-economic and environmental viability studies; and procuring engineering works and projects.

DomainNameWire, the trade and industry news site, was the first publication to report on these new registrations by Amazon.

What are the intentions of Amazon?

When we first read the news about the new domain registrations, we are bound to think that Amazon is trying to break into the cryptocurrency market. This market has seen a huge growth in the past decade and has disrupted varied industries. It may however be noted that 3 years ago Amazon had purchased a similar web domain and then did nothing further with it. This domain, i.e., ‘amazonbitcoin.com’ just redirects to the main page of the Amazon web page.

It can thus be argued that the purchase of the new web domains is just a way to safeguard the brand name of the company. The intent of the new registrations may possibly just be protection of its brand!

It can also be said that the registrations may have been done so as to prevent confusion between the company’s virtual currency, Amazon Coin, and other cryptocurrencies in the market. Amazon Coin was launched by Amazon in 2013 and it can be used by customers to make online payments.