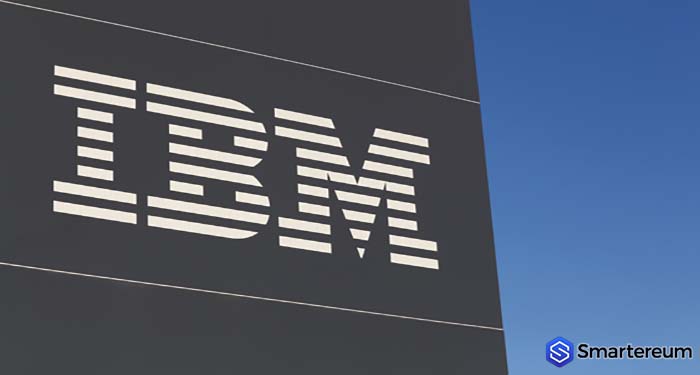 The cryptocurrency market is still under correction from the massive decline that started last year. With the current state of things, it’s difficult to see a future where the price of cryptocurrencies will hit their all-time-highs once again. Since the market is unpredictable long-term, anything can happen so it’s important to keep your fingers crossed. The argument by many experts has been that the fall in the price of cryptocurrencies did not affect the developmental growth or adoption of blockchain technology. This is true to an extent but the recent announcement by IBM has the potential to change everything.

IBM has always shown interest in the blockchain space. However, the tech giant also started exploring a rival technology known as quantum computing a while ago. Everyone believed that this technology will not be ready for launch anytime soon giving blockchain an opportunity to reach mainstream customers and develop to a stage where it will be unstoppable. Well, IBM has introduced the first generation of quantum computers. The bearish pressure in the cryptocurrency market seems to have pushed the company to accelerate its plans.
The IBM Q System One is currently the only technology that can break the blockchain.
The core principle of blockchain technology is that it is impossible to hack it. If the claims by advocates are true, it also means that a failure of this system will be catastrophic. The IBM quantum computer is even more hack resistant than blockchain technology. The version of this system that has just been released is subject to change and development as time goes on. This means there will be more computing power flooding the world on a daily basis. By 2020, when the project is finally at a commercially ready stage, even the strongest blockchain projects may face peril if there is any misuse of computing power.
Initially, no one thought any person or organization will be able to launch a 51% hashrate attack on any blockchain. Recent events have proven otherwise. So, it’s safe to say that it is possible for the computing power from these quantum computers to be used against blockchain technology. Keep in mind that blockchain technology is still in its infancy just like cloud computing and some other foundational technologies. Big players in the tech world, IBM included, are studying how the technology can influence various aspects of their business.

Can Quantum Computing Kick Blockchain Out Of The Way?
Right now, quantum computing posses a threat to blockchain at its current stage. However, keep in mind that just like every other technology, blockchain is not constant. It is evolving everyday. Even if the data may be permanent, it doesn’t exist in isolation. Blockchain technology is by far better and safer to use than many traditional systems that are currently in use.
Bitcoin (BTC) Price Today – BTC / USD
Traditional systems are fundamentally flawed. They are controlled by centralized authorities, prone to attacks and expensive to maintain. Blockchain technology is still more secure than most of them. Also, since it is still developing, there is the possibility that the hashrate loop will be filled before quantum computing gets to the hands of bad actors. Blockchain advocates do not need to worry about technological vulnerabilities for now. Rather, they should focus on education and adoption.